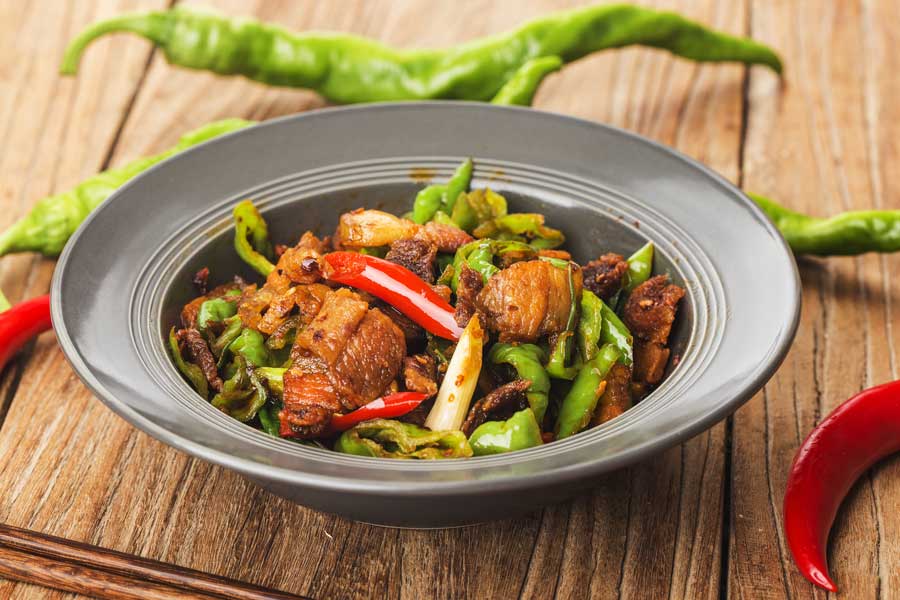 A traditional dish from Sichuan, China, this Twice-Cooked Pork recipe is a must during big festive dinners and will definitely get your mouth watering. As its name implies, tender pork belly is coated with a sweet and spicy sauce and cooked twice. 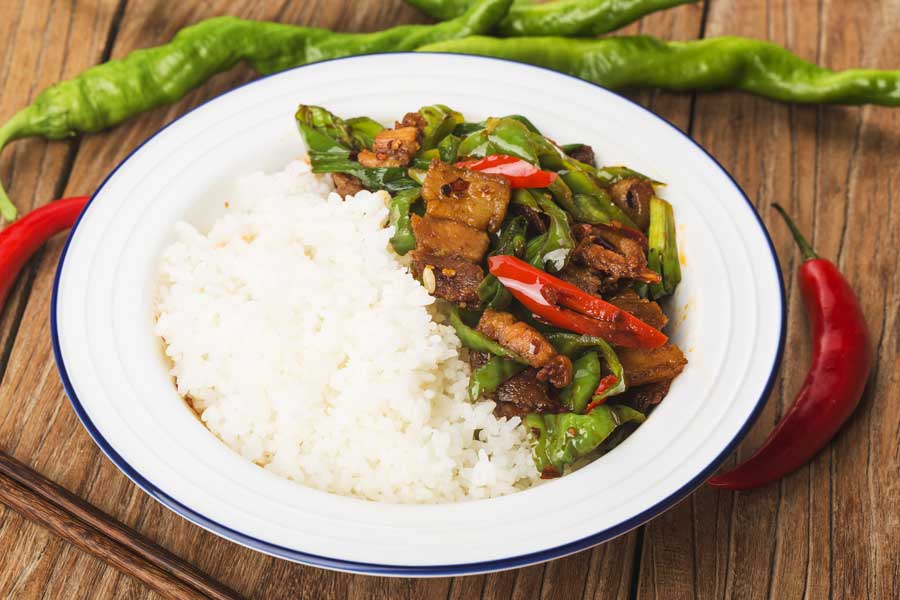 Most traditional recipes are full of history and meaning but twice-cooked pork is a little different. The origin story is generally unknown but some sources believe it was first invented by peasants in the Song Dynasty (12th century).

The ancient Sichuan area was rich in producing pigs. Peasants would use boiled pork as a sacrifice during ancestor worship ceremonies. Then the pork was cooked again and enjoyed as a dish. Sichuan people today have a tradition of including twice-cooked pork as the main course in their feasts. 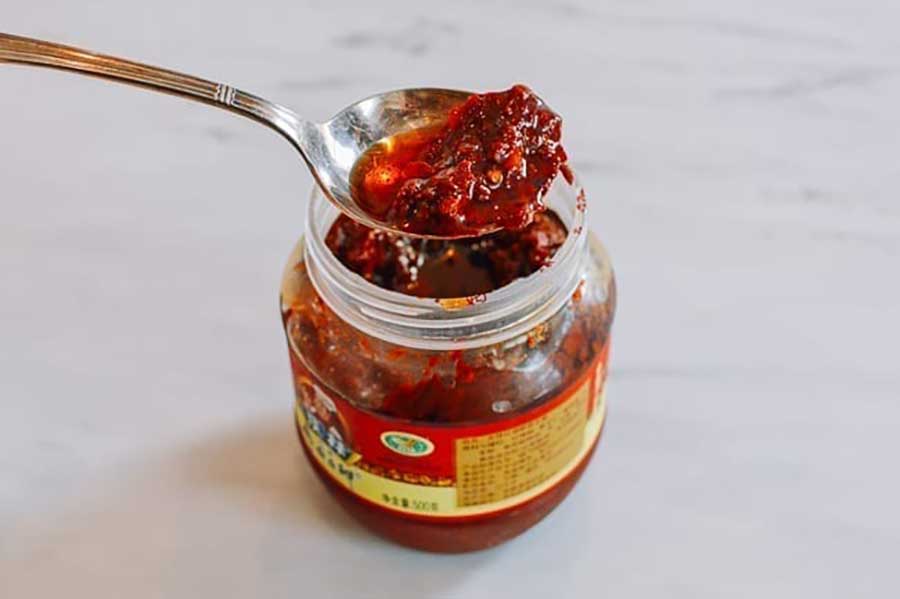 The pork belly is first simmered in water with a mixture of spices. Then it’s cooled and sliced before frying alongside some vegetables. The most common vegetables in twice-cooked pork are bell peppers, napa cabbage and garlic leaves. This recipe calls for hot green peppers but you can use regular green bell peppers.

The sauce is made with soy sauce, fermented black bean (douchi), spicy broad bean paste (doubanjiang), sugar, cooking wine and chilli peppers to give its signature sweet, salty and spicy flavour.
Fermented black beans are a very salty ingredient made from cooked black soybeans fermented in salty water. You can find the bean pastes at your local Asian grocery store. But if it too difficult to find you can substitute with just soy sauce.

This twice-cooked pork recipe is definitely for spice lovers. Another Sichuan cuisine to try if you enjoy this one is our Mapo Tofu recipe. Now let’s get started! 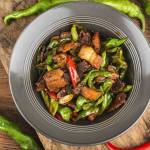