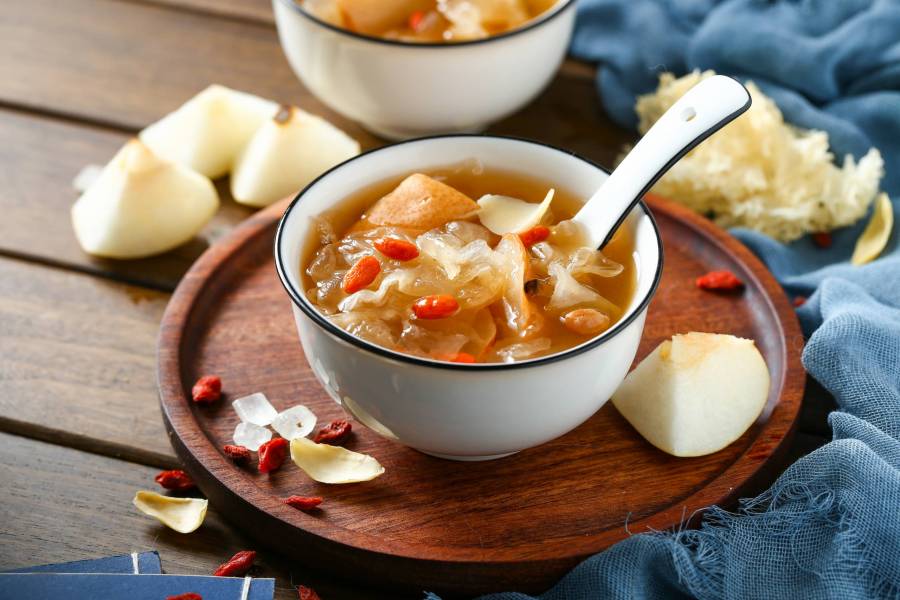 This snow fungus and pear soup recipe may sound odd to the regular person, but those who are familiar with traditional Chinese medicine know of its benefits.

Snow fungus and pear soup recipes are most well-known for their cooling properties. You can read more about the cooling and heating characteristics of foods in the article here.

The main ingredients are, you guessed it, snow fungus and pears.

Snow fungus is a naturally sweet ingredient that tends to detoxify the body and replenish energy. It can also cure coughs and is said to be anti-inflammatory as well. Both these properties play a role in reducing inner body heat, also known as yang.

The addition of pear in the soup provides benefits such as micronutrients which are important for cardiovascular health. Pears are also used in Chinese cooking for their moistening and cooling effect.

Snow fungus and pear soup is a great way to counter hot weather during the summer months.

This recipe calls for Asian snow pears but any kind of pear will do. 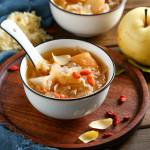 Does Chinese Medicine Believe in Superfoods?
Sharing is caring