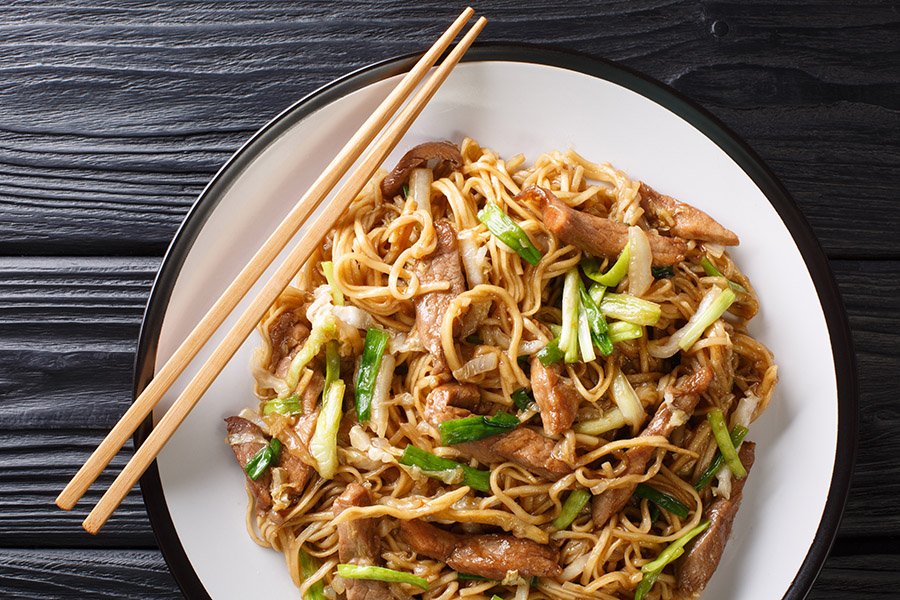 Shanghai, China is one of the most populated cities in the world, with people constantly on the move. One thing that will always remain constant is their amazing Shanghai Fried Noodles recipe.

So what makes Shanghai Fried Noodles different from other noodle dishes?

It’s made with a Shanghai-style noodle called cumian, a thick Chinese noodle made from wheat flour and water. The more commonly known Japanese udon can be used as a substitute as well. 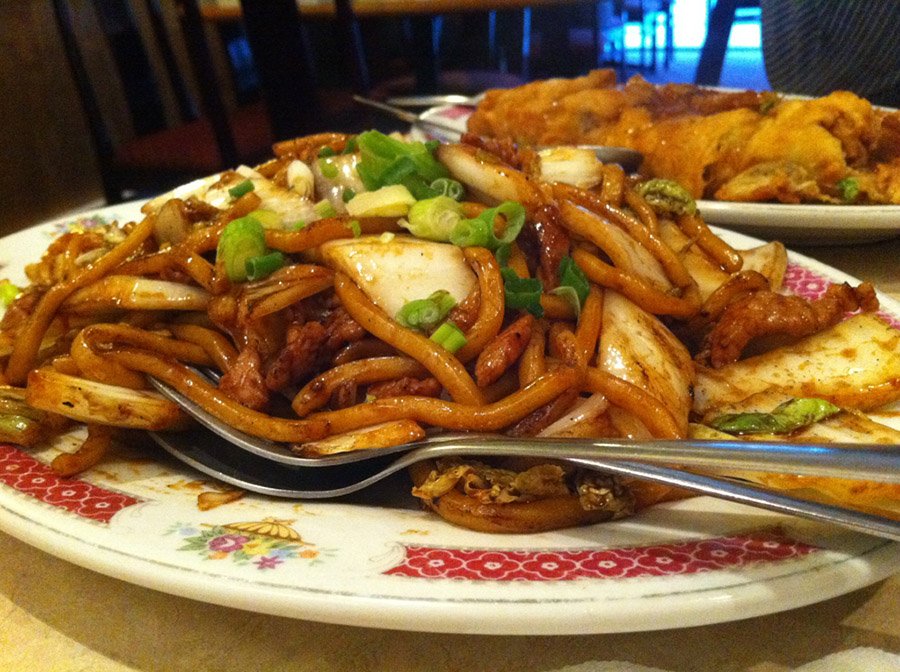 The noodles are usually stir-fried with strips of pork tenderloin, bok choy or napa cabbage and onions. Some restaurants swap out the beef for Chinese BBQ pork, chicken, shrimp or a combination of the four proteins.

As you can see there are not many ingredients in Shanghai Fried Noodles making the central feature of this dish is, of course, the noodles. Simple, quick, and satisfying…just what a large city dweller needs.

The dish is a staple of Shanghai cuisine, which is usually served at dumpling houses. It has also become popular with western chefs.

Since it has become more westernized, variations of Shanghai Fried Noodles have appeared. Whatever variation of noodles is served, the most popular remain ones based on rich brown sauces such as the one featured in this authentic recipe.

For more authentic Chinese noodles, check out our Cross Bridge Rice Noodles and the loving story behind the dish.

Enough talk about noodles! Let’s get started on this Shanghai Fried Noodle recipe! 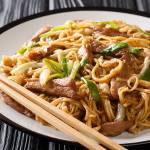