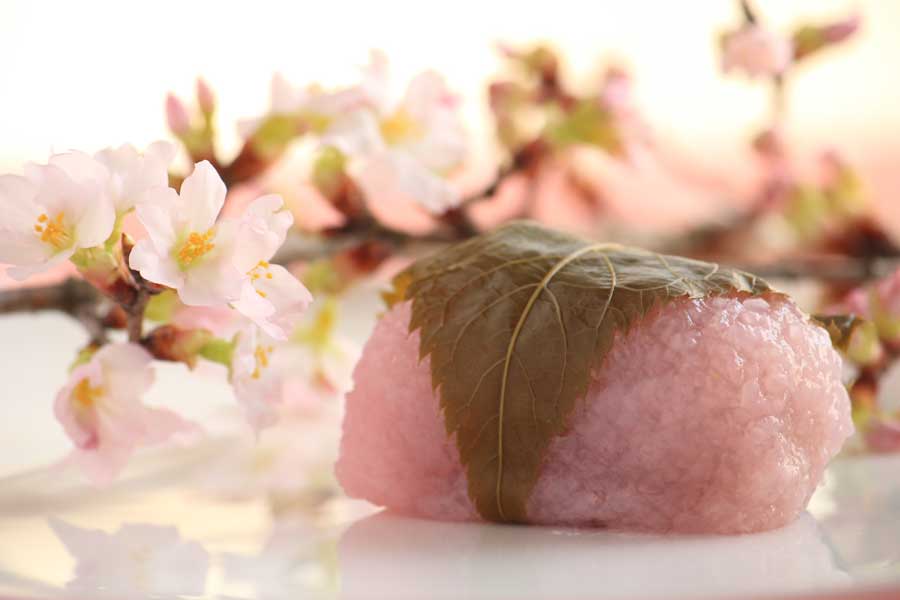 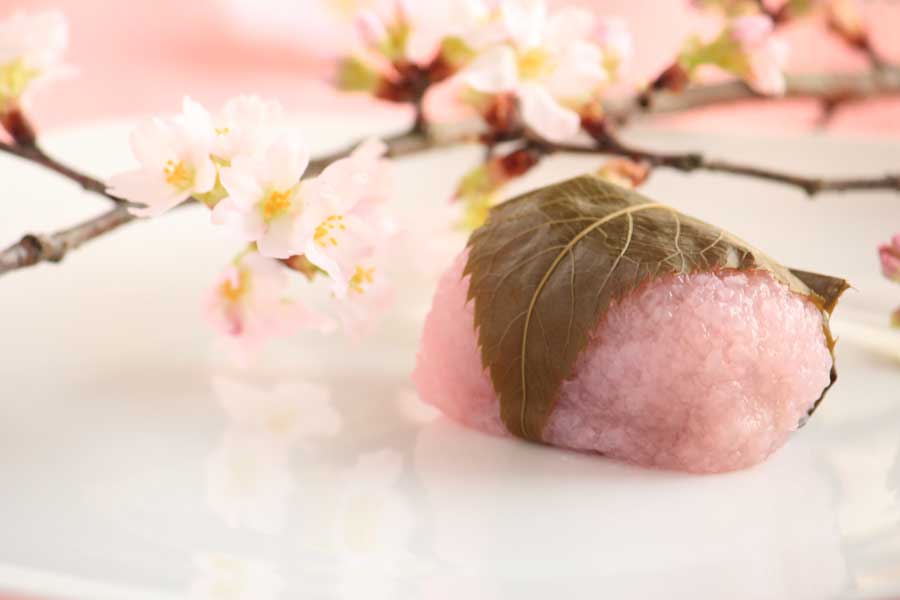 Sakura is the Japanese name for Japanese cherry blossoms and is the national flower of Japan. These beautiful flowers can range from pale pink to dark pink with some being white as well. These flowers are significant symbols and are seen in many aspects of Japanese culture including art, music and food. Many children are also named after them too!

The petals and leaves of these flowers are also edible. They’re usually pickled and then salted. Some foods use an extracted version of the aroma though. Sakura has a very mild floral flavour with a very subtle hint of bitterness which vanishes if you add sugar.

Of course, this sakura mochi recipe must include pickled sakura leaves. The recipe also gets its name for the pink colour of the mochi. They’re also the most popular treat to enjoy during Hanami, the cherry blossom festival. 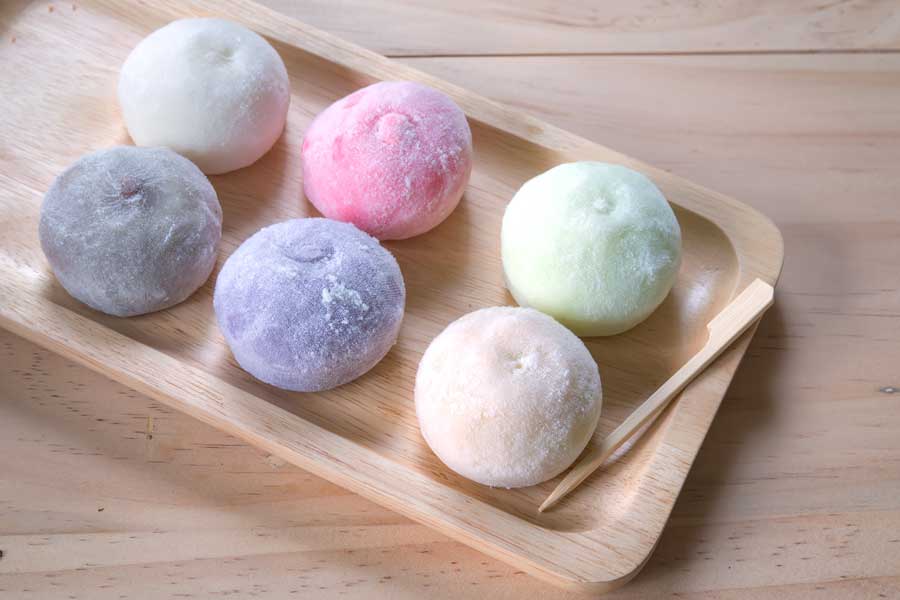 Mochi is a Japanese rice cake made from mochigome, sweet sticky short-grain rice. Some mochi is made by grinding the rice into a powder before adding water and cooking it.

It tastes quite plain on its own which is why most mochi recipes add in fillings or toppings. Some of the most popular filling choices include red bean, black sesame, matcha and strawberry.

It’s also made its way to western cuisine as new fusion foods like mochi brownies or ice cream. But it’s not just a type of dessert! It’s extremely versatile and can be grilled and eaten as a savoury snack too. You can learn more with this Beginner’s Guide to Mochi. 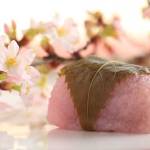