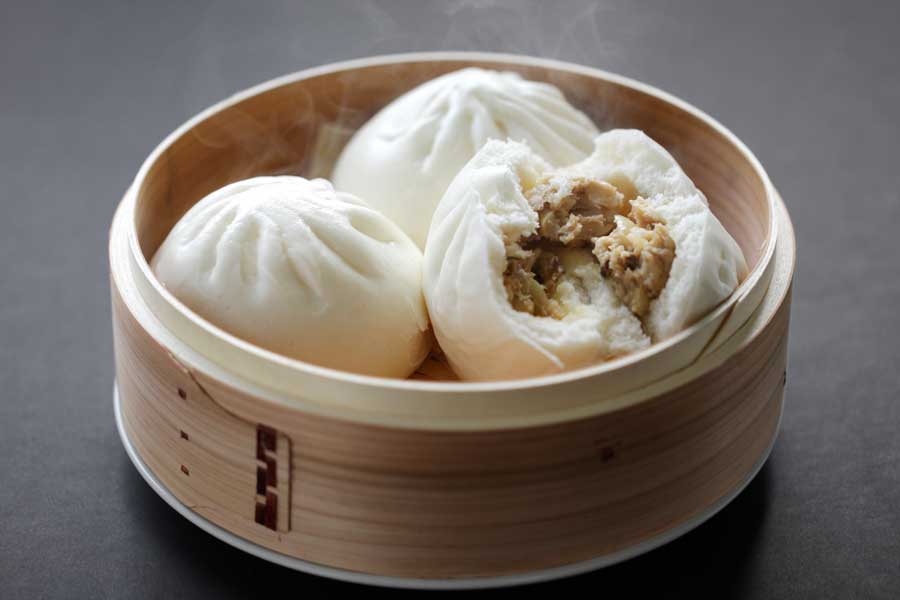 What is a Pork Steam Bun? 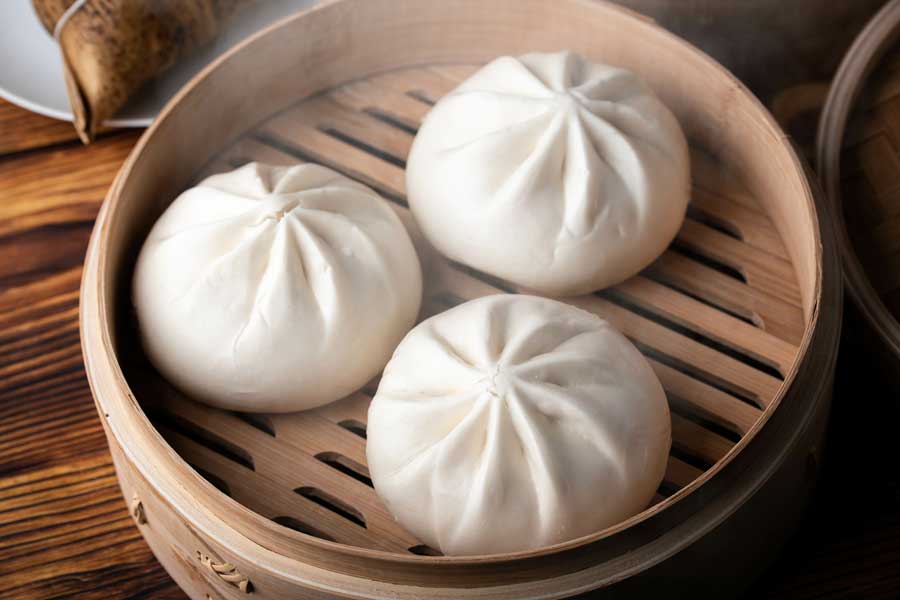 Originating from Guangdong, Chinese pork buns are also called “dai bao”. Its name literally means “big bun” and it makes sense. They’re about the size of a grapefruit, three times the size of regular steam buns! For some people, a single pork steam bun giant can act as an entire meal.

It’s usually filled with seasoned ground pork, a hard-boiled egg, Chinese sausage (lap cheong) and mushrooms. There is another type of pork steam bun called “cha siu bao” that is much smaller and filled with BBQ pork instead.

You’ll mostly find these buns at dim sum restaurants or at your local Asian supermarket. They’re a popular breakfast food but can be eaten at any time of the day.

The bread itself is special as well. It’s sweeter and more cake-like compared to other kinds of buns, but still fluffy. For some people, the bread tastes better than the filling! 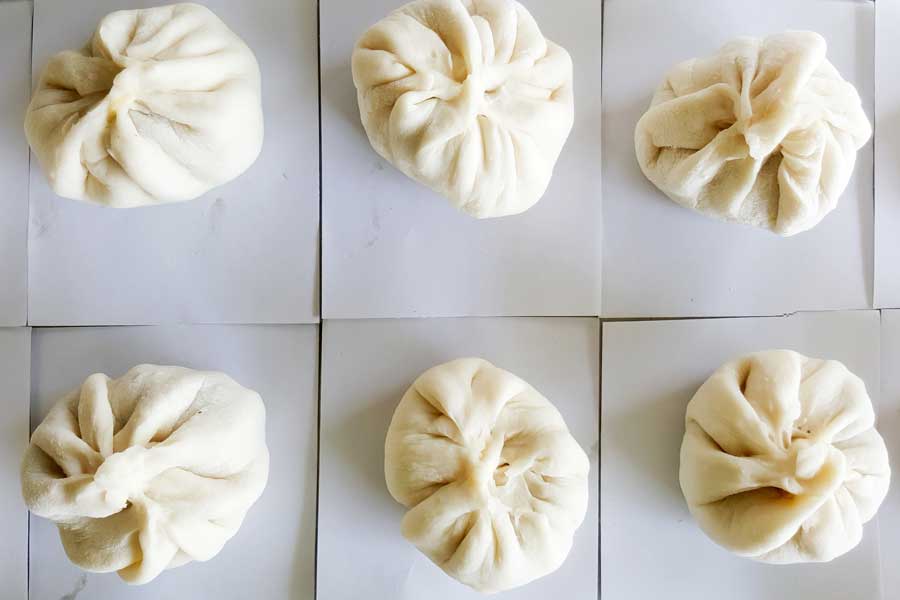 This Pork Steam Bun recipe makes smaller buns than the traditionally huge bao. You can still make the large versions using this recipe though. Just remember you will need to increase your steam time to make sure the filling is fully cooked.

An important step to note is to use lukewarm water and sugar. You might want to skip the sugar but it’s needed to activate the yeast. The sugar is also what makes the bun taste so good. Make sure you let the dough rise enough before you start filling them. You can also use the dough recipe for other types of buns.

You can also opt to make the buns without the egg, mushroom or Chinese sausage. The dough for this recipe can also be used in other steam bun recipes!

Of course, the pork steam bun isn’t the only type of Chinese bun. Visit your local Chinese bakery to discover all the different kinds! You can try making other types of Chinese buns at home, like our Hot Dog Buns or Mantou recipes.