Not all noodles come in a piping hot broth! A summertime favourite in South Korea, Korean Cold Noodles are refreshing and the perfect way to stay cool and enjoy a delicious meal.

What are Korean Cold Noodles? 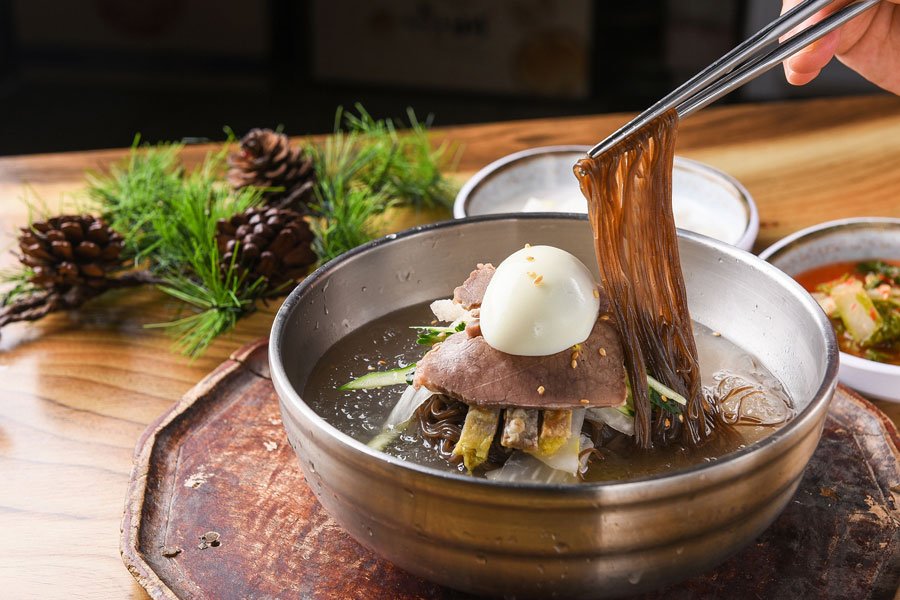 In Korean, they’re called naengmyeon (neng-myun) which literally translates to ‘cold noodles’. It’s, you guessed it, a cold noodle dish made with thin chewy potato starch noodles. There are other variations that use buckwheat or potato starch, seaweed and green tea to make the noodles.

Unsurprisingly, naengmyeon is most often consumed during the summer but historically, it was a dish that was enjoyed during winter as well. 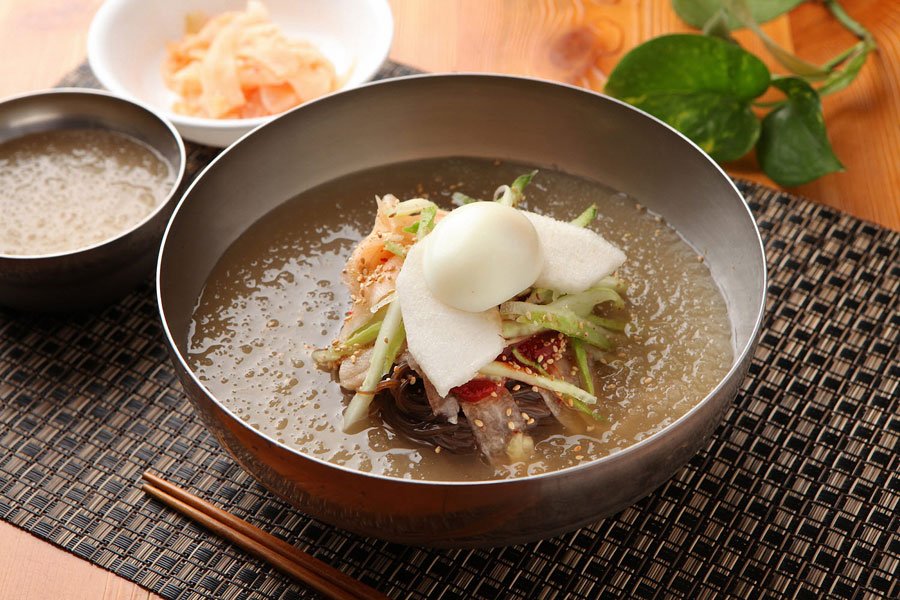 There are 2 main varieties of naengmyeon. There is mul naengmyeon, which is considered the ‘regular’ cold noodles and bibim naengmyeon which is served with a spicy dressing made primarily from gochujang (red chilli paste).

The garnishes and toppings will also change from restaurant to restaurant. A boiled egg, sliced cucumber and pickled radishes are the most common though. Cucumbers go super well with this dish because it is a cooling ingredient in nature. Learn more about the cooling benefits of cucumber here.

Other Types of Cold Noodles 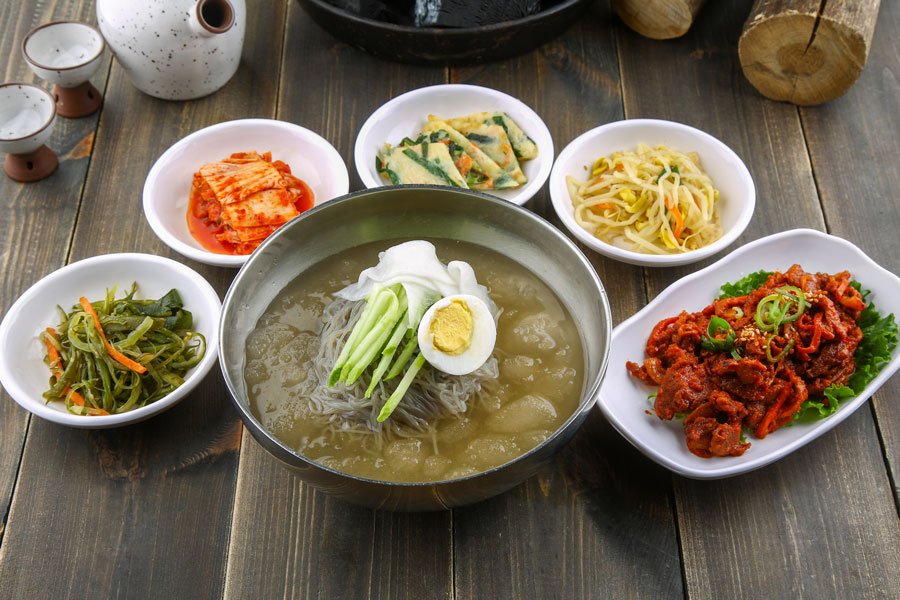 There’s nothing quite like Korean cold noodles though. The dishes mentioned above don’t include a cold broth although there are some that do. There are cold versions of ramen but we can all agree that it tastes better when it’s served hot and fresh!

Naengmyeon is best served with your favourite Korean side dishes like kimchi, beansprout and fish cake. The sauces in this recipe are optional but highly recommended! 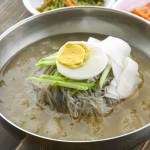