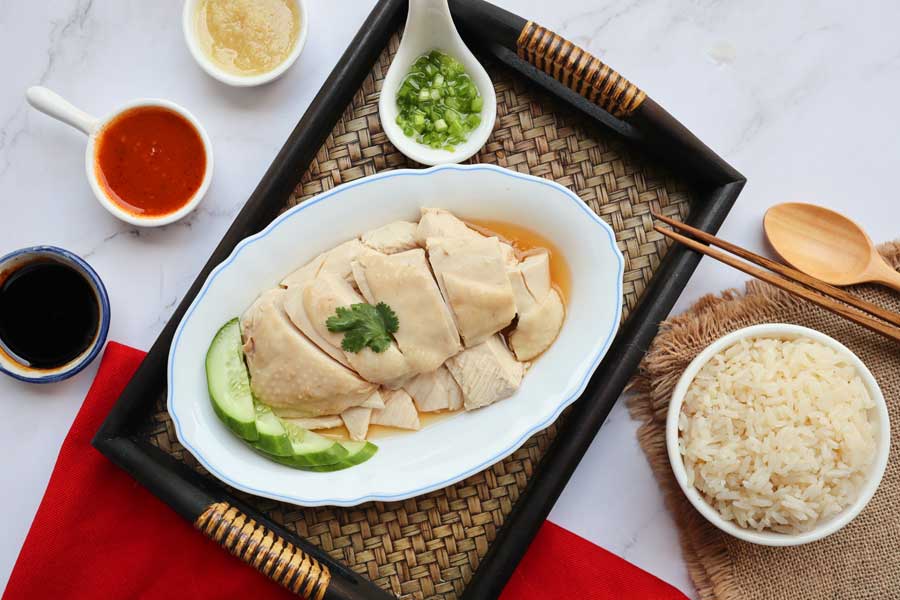 If you’ve never tried Hainanese Chicken with Rice, you should as soon as possible! An entire poached chicken served with chilli sauce and chopped cucumber. Packed with flavour in every bite, its otherwise delicate taste will surprise you.

What is Hainanese Chicken? 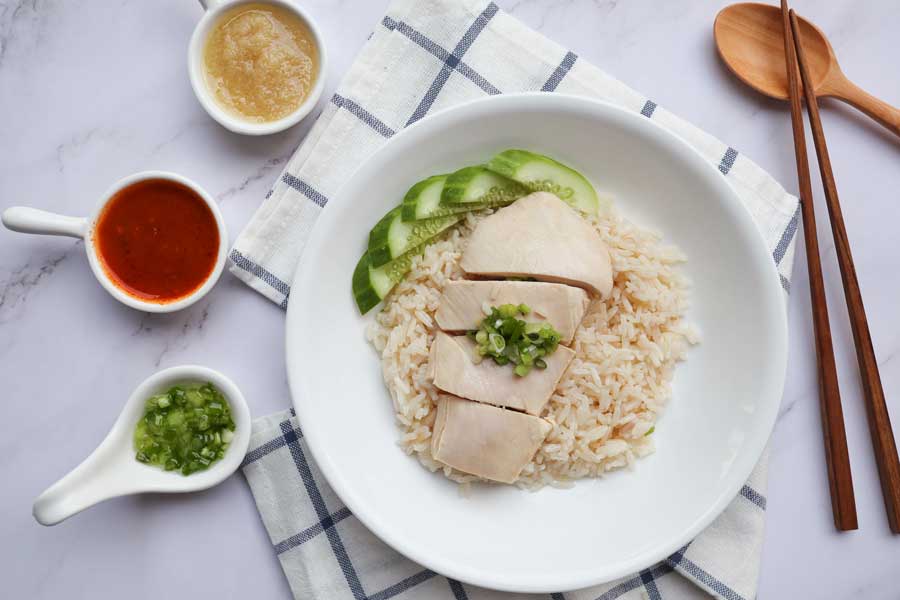 Hainanese Chicken is a classic Chinese dish originating from, unsurprisingly from Hainan, China, a small tropical island located at the southern tip of the country.

It has become quite a famous dish, especially in other southeast countries like Singapore, Malaysia and Thailand. It’s so popular in Singapore that it is considered one of their national dishes and is also strongly associated with Singaporean cuisine. World-renowned chef Anthony Bourdain reviewed the dish during one of his cooking shows. He is often credited for putting Hainanese chicken on the international map of must-try foods.

The dish is usually served with rice, chopped cucumber and some sauces on the side. The most popular three are chilli sauce, ginger sauce, and a sweet dark black soy sauce.

What Makes It So Special? 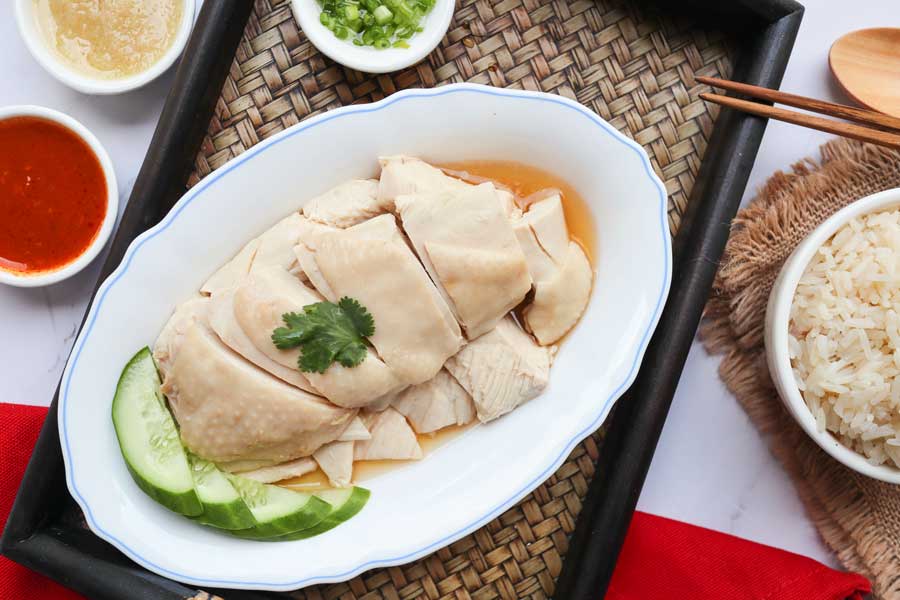 So what makes Hainanese chicken so special?

For starters, the entire chicken is poached whole. This allows the skin to separate from the rest of the chicken to create a rich layer of fat and skin. With a protective barrier, the flesh stays tender and juicy as well.

The rice is also cooked in the leftover chicken fat and chicken stock from the poaching process. The subtle flavour of chicken is infused into the rice which elevates the whole experience.

To top everything off, it is often served with chopped cucumber and a variety of sauces on the side. The sauces in this recipe are all optional but strongly recommended.

This recipe takes a little more work than other Dumpling Connection recipes, but the results are well worth the effort! If the challenge seems too daunting, you can always order Hainanese chicken from your local Chinese restaurant. Don’t forget to try our other chicken recipes like Thai Basil Chicken or Bang Bang Chicken. Now let’s get started on this recipe!