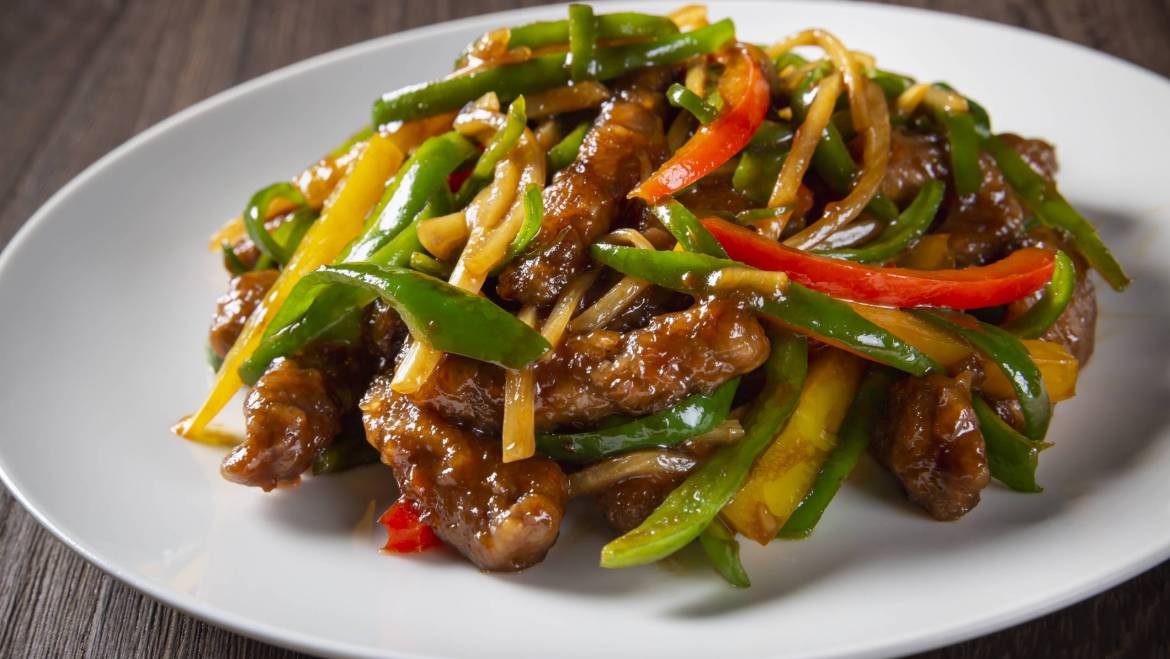 Tender beef strips stir-fried with a sweet and savoury ginger sauce. This Ginger Beef recipe is simple and easy that also tastes delicious.

History of the Ginger Beef Recipe

Derived from the northern Chinese dish, Jiāng Niúròu (薑牛肉), the ginger beef recipe is actually a North American fusion dish thought to have originated in Canada. The traditional dish in China is less saucy and sweet compared to the restaurant version we know.

Although it’s served across the country, it’s widely agreed upon that this dish’s origin is Calgary, Alberta. During the mid-1970s, Chef George Wong at the Silver Inn in Calgary, Alberta, put a spin on the traditional dish to accommodate the tastes of Westerners.

When you order ginger beef at a restaurant, it’s very crispy because they deep-fry the beef before adding it to the stir fry. You can achieve the same thing by shallow frying the beef strips. For extra crispiness, shallow-fry it twice! For those who are more health-conscious, the recipe tastes just amazing without the deep-frying.

Ginger as an Ingredient

There’s nothing new about combining ginger and beef though! Ginger is a common ingredient in many Chinese dishes, such as ginger chicken, noodles, and steamed fish.

As a superfood, there are tons of reasons to include ginger in your cooking, especially for its health benefits. Fighting colds and the flu is one of the benefits, so why not make it tasty too?

Just remember when cooking with fresh ginger, the flavour mellows out. So if you really want that pungent peppery taste, add it in the beginning and then more at the end. If you are using ground ginger, you can use less of it since it is more concentrated. 1 tablespoon of fresh ginger equals ¼ teaspoon of ground ginger.

Enjoy this easy Ginger Beef recipe! Try it and let us know what you think. 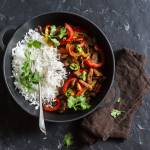