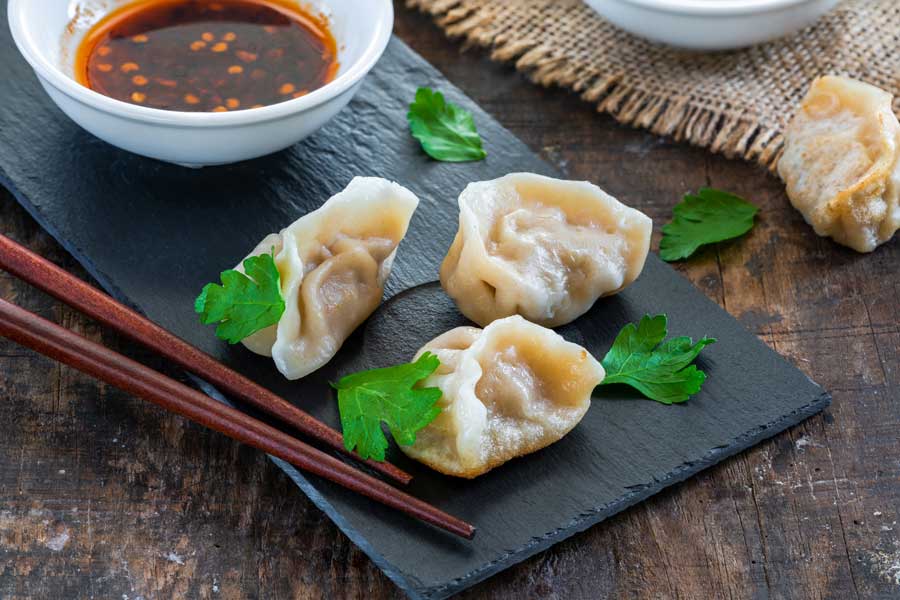 Next to rice, dumplings are the staple of Chinese cuisine. It’s no wonder that everyone is in search of the best and most authentic Chinese pork dumplings recipe. Well look no further, here it is! 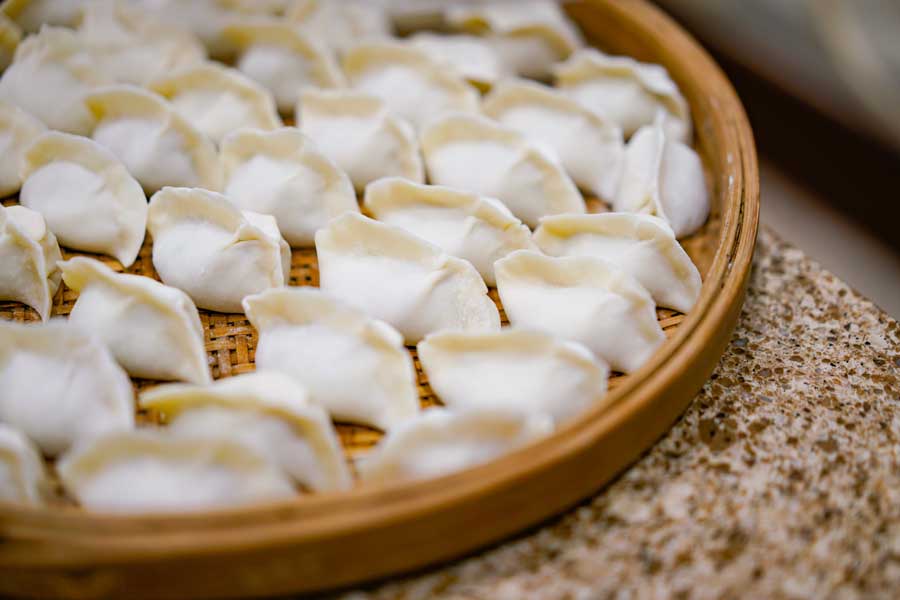 Although they are a must in Chinese cuisine, dumplings are no stranger to other cultures around the world. Discover one dumpling at a time, but for now, learn about the origins of the Chinese dumpling.

Every iconic cultural food has a backstory though. Dumplings are said to have originated from China in 225 AD. The story starts with a famous doctor named Zhang Zhongjing who served steaming hot dumplings as a cure for frostbitten ears. The more well-known types of dumplings are the jiaozi, baozi and mantou. The story about Zhang is often referred to as the origin story for jiaozi dumplings. In fact, jiaozi-style dumplings were often referred to as “tender ears”.

The doctor stewed lamb with some warming herbal medicines in a pot, then chopped everything up and used them to fill small dough wrappers. After, he boiled these dumplings and fed them to his patients along with the broth to warm them from the inside out. He continued this until Chinese New Year, which is one of the reasons dumplings are considered a traditional food for the New Year.

In China, when we talk about dumplings, we’re usually referring to boiled or steamed dumplings.

As mentioned before, there are different types of dumplings in Chinese cuisine. There are even varieties within each type, such as different kinds of fillings or wrappers and even preparation methods.

Jiaozi dumplings are the most popular and well-known of the family of dumplings. Next in line are wonton, then baozi. All dumplings share the same characteristics though. When it boils down to it, they are dough filled wrappers, generally made with meat and vegetables. Read more about the differences in the article here.

Popular meat fillings include ground meat (usually ground pork), shrimp and even fish. The vegetable component can consist of garlic chives, spring onion and cabbage. Filling mixtures will vary depending on personal tastes, region and season.

As one of the most traditional dishes in Chinese cuisine, making homemade dumplings is almost a rite of passage. Now let’s get started on this authentic Chinese pork dumplings recipe!

If you have a hard time figuring out how to fold the dumpling wrapper, check out Mikey Chen’s take on pork dumplings. 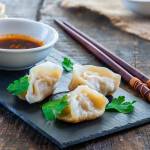