Also known as black sesame paste, Black Sesame Soup is a popular Chinese dessert. Made from black sesame seeds and glutinous rice, it has a nutty and fragrant flavour.

What is Black Sesame Soup? 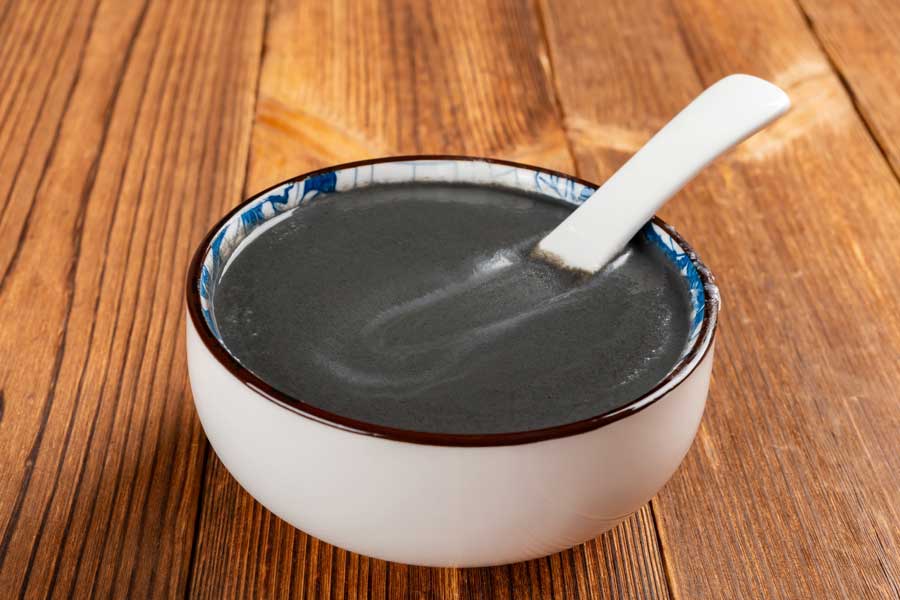 As mentioned above, black sesame soup is a traditional Chinese dessert that is often served hot. Its made of black sesame seeds, sugar, rice flour and water.

Is often served hot and in Cantonese cuisine, it takes the form of tong sui, or sweet soup. Another example of tong sui is the other popular Chinese dessert, red bean soup.

Depending on your preference, its consistency can be thick (like a pudding) or thin (more watery). Sometimes, during Chinese New Year, “tang yuan” or glutinous rice balls are added to the soup. 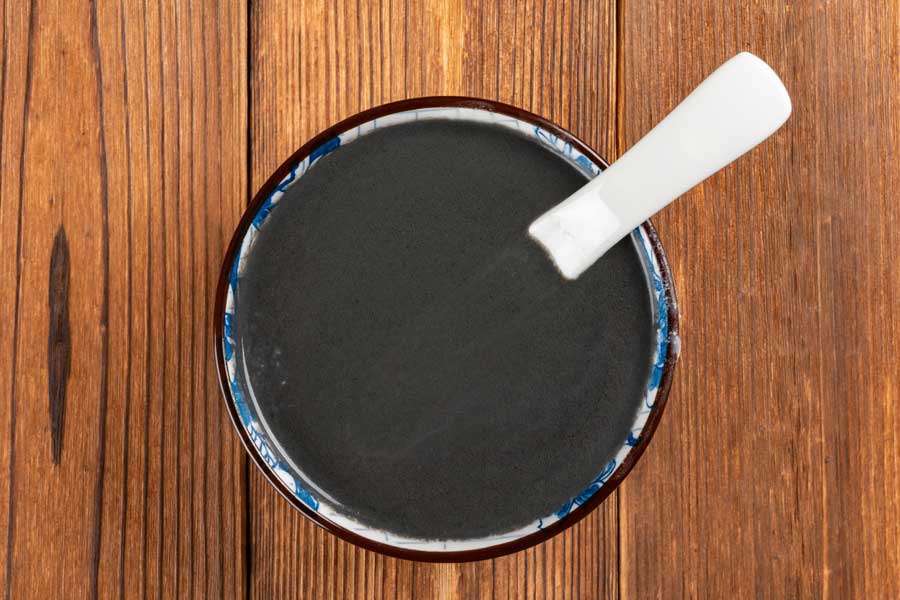 The main ingredient of this dessert, black sesame seeds, are a good source of fibre and plant protein. They also contain vitamin B and are rich in antioxidants.

In traditional Chinese medicine, black sesame seeds are prescribed to help detoxify the body, regulate the urinary system, nourish one’s hair and as a laxative.

An instant powdered version of black sesame soup is always available at your local Asian grocery store. It only takes 2 minutes to make! Just put the powder in a bowl, add boiling water and stir.

However, you can make a healthier version by yourself. Making it from scratch is just as easy too! Replacing the sugar with honey is a great alternative but you can also adjust the sugar level to your personal preference.

How to Make Black Sesame Powder

All you’ll need are black sesame seeds and a spice grinder. You can also use a blender or mortar and pestle if you do not have a spice grinder. Use the pulse button until the seeds become powder. It’s important to use the pulse button so that you don’t over grind them and make a paste. Grinding for too long can release the seed’s natural oils. And that’s it, you’ve made black sesame powder!

Another important note for making black sesame powder is lightly toasting the seeds before grinding. This will bring out the nutty flavours more.

You can make your own instant version by browning the rice flour over low heat and then mixing in the black sesame powder. Store in an airtight container. To serve, add boiling water and sugar.

Learn more about Popular Chinese Desserts and Candies. You can also try other traditional Asian desserts such as Red Bean Buns or Mango Pomelo Sago.

Put the toasted black sesame seeds into a spice grinder or blender. Pulse intermittently until the desired powder consistency is achieved. Make sure not to over grind or else you’ll create a paste. 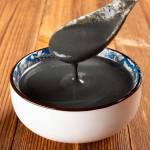