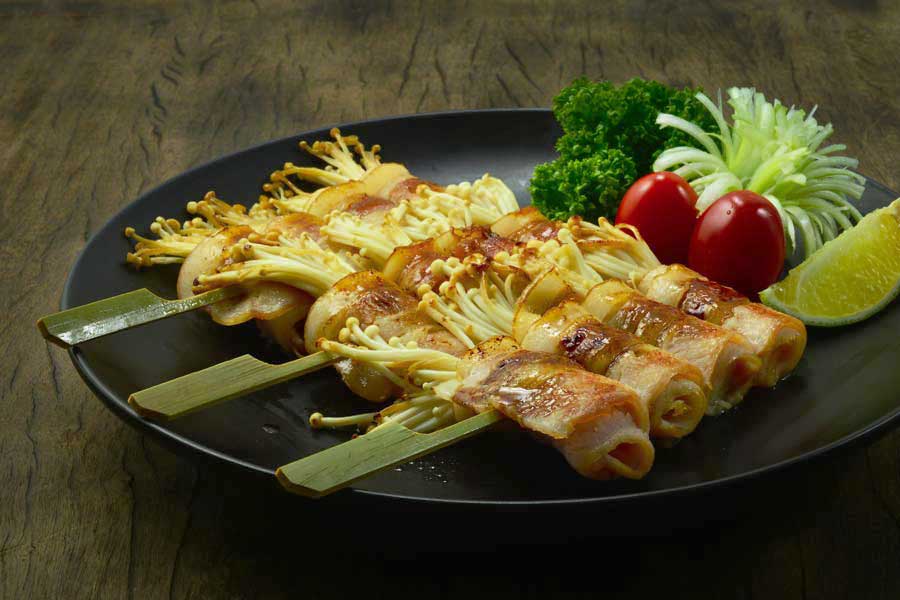 The best recipes are the ones that everyone loves and Bacon-Wrapped Enoki is one of them. Crispy bacon wrapped around soft and chewy enoki mushrooms. A great appetizer or part of the main course.

What are Enoki Mushrooms? 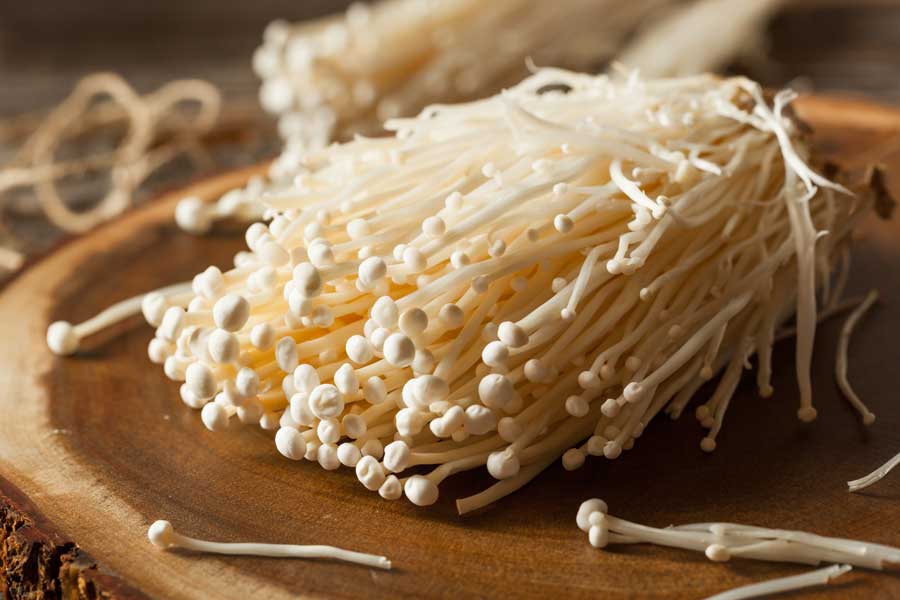 Enoki mushrooms are tiny, thin-stemmed mushrooms that grow in bunches. They have a mild and delicate flavour that is complemented by a slight crunch. Its taste has also been described as earthy.

They’re mostly used in Asian cuisine, especially Japanese and Korean cuisines. If you’ve ever been to a Japanese restaurant here in Toronto, you’ve probably seen a similar dish on the menu. Instead of using bacon to wrap the enoki mushrooms, they use very thinly sliced beef strips.

Enoki mushrooms aren’t only used to make bacon-wrapped enoki though. They can be eaten both cooked raw, making them an excellent ingredient for salads, sandwiches, soups and even pasta sauces. 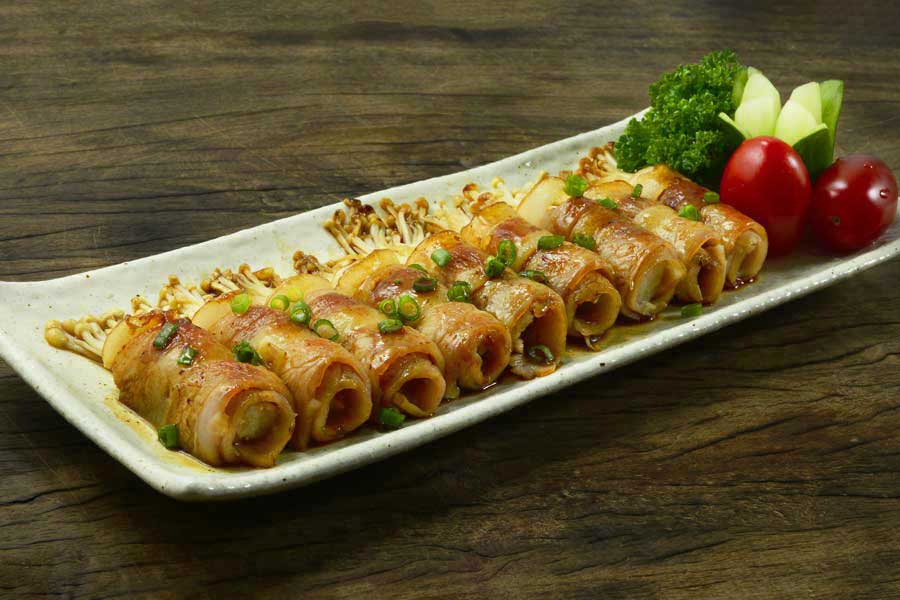 The salty and crispy bacon and soft chewy mushrooms make the perfect pair. Their contrasting flavours and textures balance each other.

This recipe is inspired by traditional Japanese kushiyaki. Kushiyaki are meats and veggies skewers that have been grilled and then usually brushed with a sauce. A popular type of kushiyaki that’s also to make is Negima Yakitori or chicken skewers.

There are some important things to note before getting started on the recipe. Since we are using bacon, less oil is needed in the beginning. The bacon will release oil as you cook them.

Be very generous with the amount of enoki in each wrap. These mushrooms tend to wilt and shrink after being cooked.

For other delicious recipes, check out the rest of our website. In the meantime, you might enjoy our other recipes like our Fresh Spring Rolls or our Cumin Lamb Skewers. 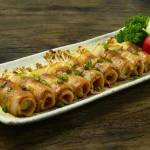