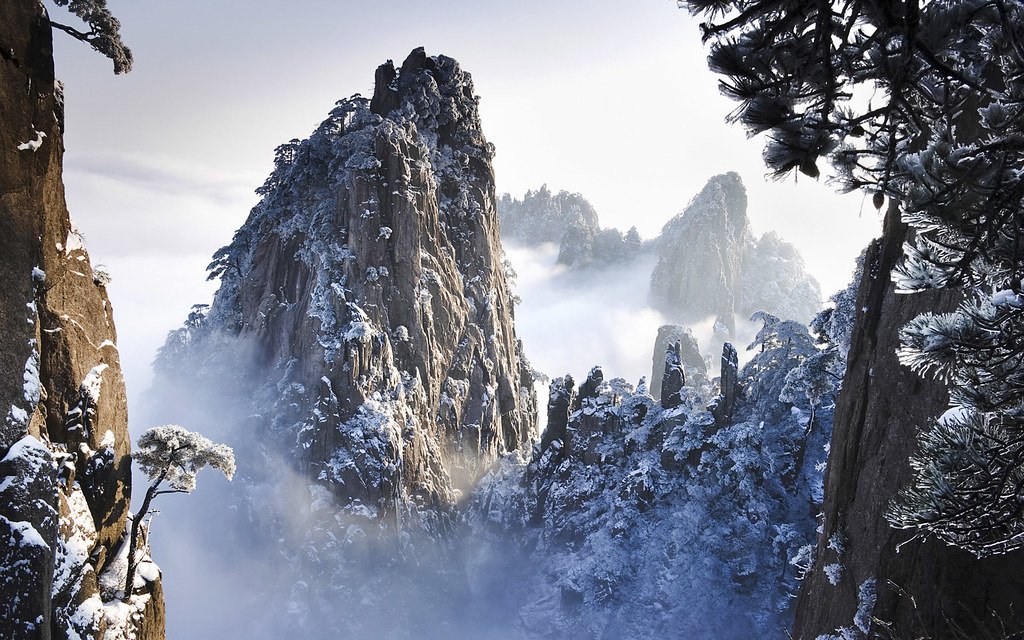 Winter is officially here as we enter Lì Dōng (立冬), the 19th solar term of the year. It begins on November 8th and lasts until November 21st. Lì Dōng also marks the start of winter in Chinese culture although China’s meteorological winter starts a few weeks later.

There are stronger winds in the north, drops in temperature throughout China, and occasionally, some snow. Winter does not reach Beijing until late October. A Chinese proverb describes the days after Lidong as the “three periods of waiting” — waiting for water to turn to ice, the soil to freeze, for the pheasants to disappear and big clams at the seaside.

The surface temperature stays warm on sunny days which helps the crops, yet cold spells regularly hit the country with winds from the north that are often accompanied by rain and snow. Farmers have to fertilize the crops and protect the vegetables against the frost. 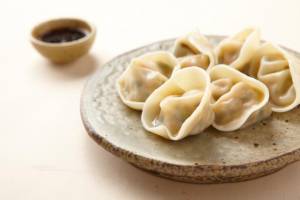 It is a traditional custom to eat dumplings during Lì Dōng, especially in the North. This tradition comes from the Chinese name for dumpling which sounds similar to the word for “transition between autumn and winter”. Dumplings consist of a thin circular piece of dough wrapped around some filling. The filling can consist of meats such as fish or pork mixed with vegetables like chives, ginger and garlic. Keep in mind that there is a large variety of fillings you can make so don’t be afraid to be creative. The dumplings are then sealed and thrown into boiling water until the inside is fully cooked. Dumplings taste great dipped in condiments like vinegar, soy sauce, oyster sauce, sesame oil, and a variety of Chinese spices. 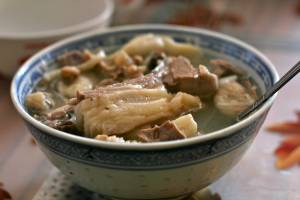 In Taiwan, there is the concept of yin and yang foods that nourish the body. Yin represents the cold and Yang represents the warmth. Mutton Soup, which is like lamb hotpot, is in huge demand during this time of the year. Its origin as a winter food began during the Qing Dynasty (1644-1911) and has spread all over China. Traditional Chinese medicine holds that mutton is warm in nature, which makes it a perfect food for the winter. Make you supplement your body with enough Yang foods to counteract the winter cold.

Eating rice also helps keep the body warm since it is high in carbs and helps you gain body fat, which will keep you warm. Foods with rich proteins like chicken, duck, fish and meat also help with this. They would often be cooked along with herbs. In the Yangtze River region, people eat sticky rice balls filled with sweet bean paste, turnip, lard oil and soy sauce. In Chaoshan, Fujian Province, people believe that eating sugarcane during Lì Dōng can protect the teeth and reinforce the body.

Lì Dōng is a good day to start making yellow rice wine (huangjiu) in Shaoxing, Zhejiang Province since the water is usually clearer around this time. The low temperature also helps the flavour sink in during the fermentation process. This alcoholic beverage is made from rice grains and it is moderately heavy in alcohol content. The 120 days from Lì Dōng to the Lì Chūn (Spring Begins) is believed to be the best time for making yellow wine. The Shaoxing locals call it dongniang, which literally translates as “winter brew.”

A good health tip during Lì Dōng is to eat less raw or cold food. Lì Dōng’s arrival means it’s time to dress in warmer clothes. In ancient China, the emperor would hand out heavy winter clothes to their officials and officers as a kind gesture. Ordinary people would also remember to send “clothes” to their ancestors in the afterlife. Paper clothing crafted delicately was sold at various shroud shops on the day. By burning the paper clothes at the doorway and calling out their ancestors’ names, people believed they would receive the clothes before the start of the winter season. There is also the saying of “Hide from the cold and preserve the warmness” Thus, it is advised to go to bed early and wake up late. 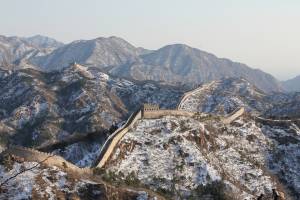 Lì Dōng was an important festival in ancient China for rituals and sacrifices. Back then, the emperor instructed his officials to offer sacrifices to the heavens in the northern suburbs of the capital. In modern days, to celebrate the festival, some people choose to have swimming competitions in freezing cold rivers. I know, it sounds crazy, right? Well, this is not surprising since the Chinese people are deeply spiritual. Respect for tradition and culture has been an integral part of Chinese civilization for centuries.

Another ancient tradition included the emperor fasting for three days before its arrival. He would proceed to arrange a procession of officials in black dresses, horses and flags to travel to the suburban regions. They would perform big rituals to welcome the arrival of the Winter God. The emperor would also honour heroes who sacrificed themselves for the nation, comfort and compensate their families, pray for protection for their spirit and encourage the people to always defend the nation.

Enjoy the winter festivities and celebrations as we welcome winter. The next solar term is Xiaoxue (Minor Snow) which starts to introduce snow. Although freezing cold winters are an indication that winter is here, snow is the perfect image of winter that tells us that it has arrived. Stay tuned for health tips and foods to eat to survive the coming winter. Farewell, and see you soon!