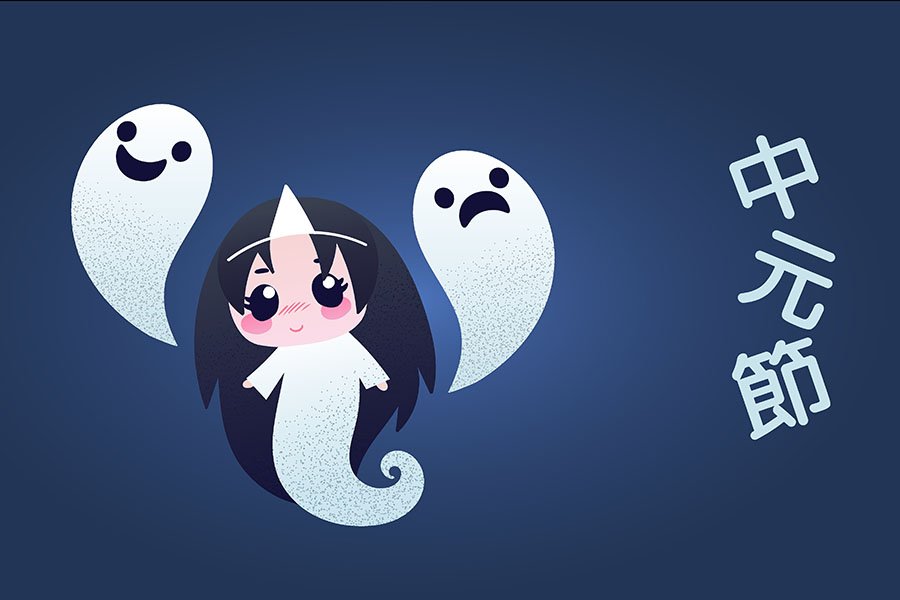 Like people from all over the world, the Chinese also have their own special day to celebrate the dead. Similar to the very popular Mexican celebration, Día de Muertos or Day of the Dead, Chinese people dedicate a holiday to care for the dead known as the Hungry Ghost Festival.

Celebrated mostly by Taoist and Buddhist, the festival takes place on the fifteenth day of the seventh lunar month. This day usually falls within late August to early September.

Like all cultural events, the Hungry Ghost Festival has an origin story rooted in ancient Chinese history. The story is about a Buddhist monk who seeks help from the Buddha to help his mother in the afterlife. It is said that when the monk’s mother passed away, she turned into a hungry wandering ghost. The monk tried offering food to her but as a ghost, she could not eat anything. Seeing his mother unable to find peace and rest in the afterlife the monk prayed to Buddha for help. Buddha explains that he can help his mother by offering food and new robes to the monks instead. Thankful for the offerings, the monks prayed for his mother and then she is reborn as a human, ending her hunger.

The full story covers many important social beliefs from ancient China such as being a good child, karma and redemption. You can read more about the origin story here.

This story inspired the beginning of the Hungry Ghost Festival and in modern times, the festival is a celebration to honour our ancestors. 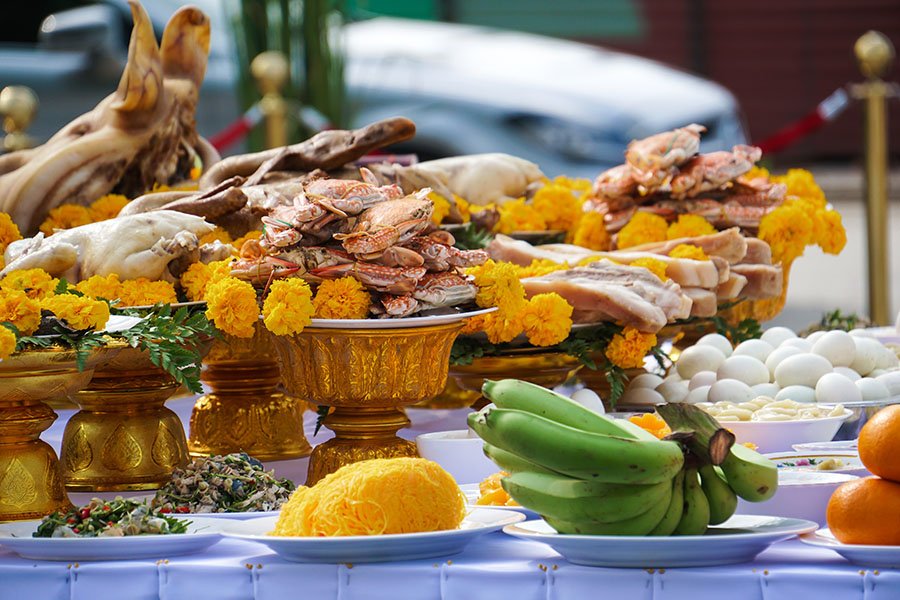 Now that we know how it all began, what is the Hungry Ghost Festival?

As mentioned before, the festival is a celebration to ward off or appease the evil spirits and to pay respects to deceased family members. They perform special ceremonies to avoid the wrath of the ghosts such as putting the family’s ancestral tablets on a table, burning incense, and preparing food three times that day.

The main ceremony is usually at dusk. People put the family’s ancestral tablets and old paintings and photographs on a table and then burn incense near them. A feast is usually prepared for these hungry ghosts. Plates of food are put out on a table, and the people may kowtow, a sacred gesture of praying, in front of the memorial tablets and report their behaviour to their ancestors to receive a blessing or punishment. People also enjoy a feast themselves on this night, and they might leave a place open at the table for a lost ancestor. 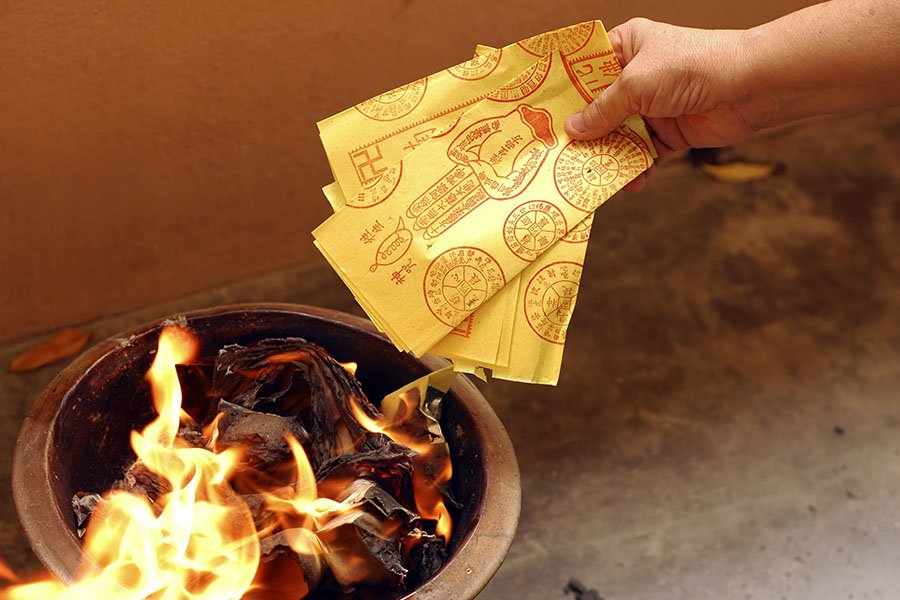 The Hungry Ghost Festival is only one of several important festival days of Ghost Month (鬼月). The Ghost Month is the entire seventh month of the Chinese lunar calendar.

The Hungry Ghost Festival gets its name from the gatekeeper of the spiritual realm who opens the gates of the underworld at the beginning of the month. The fifteenth day is designated as the festival day since it is thought that after two weeks of activity, the ghosts must be extremely hungry.

The first and last days of this month are particularly special. Burning make-believe paper and clothing takes place on these two days. It’s said that the ghosts money need to spend during their month back on Earth and then some when they return to the spirit realm.

On the last day, many families float river lanterns on little boats in the evening. People make colourful lanterns out of wood and paper, and families write their ancestors’ names on the lanterns. The ghosts then follow the floating river lanterns back to their realm.