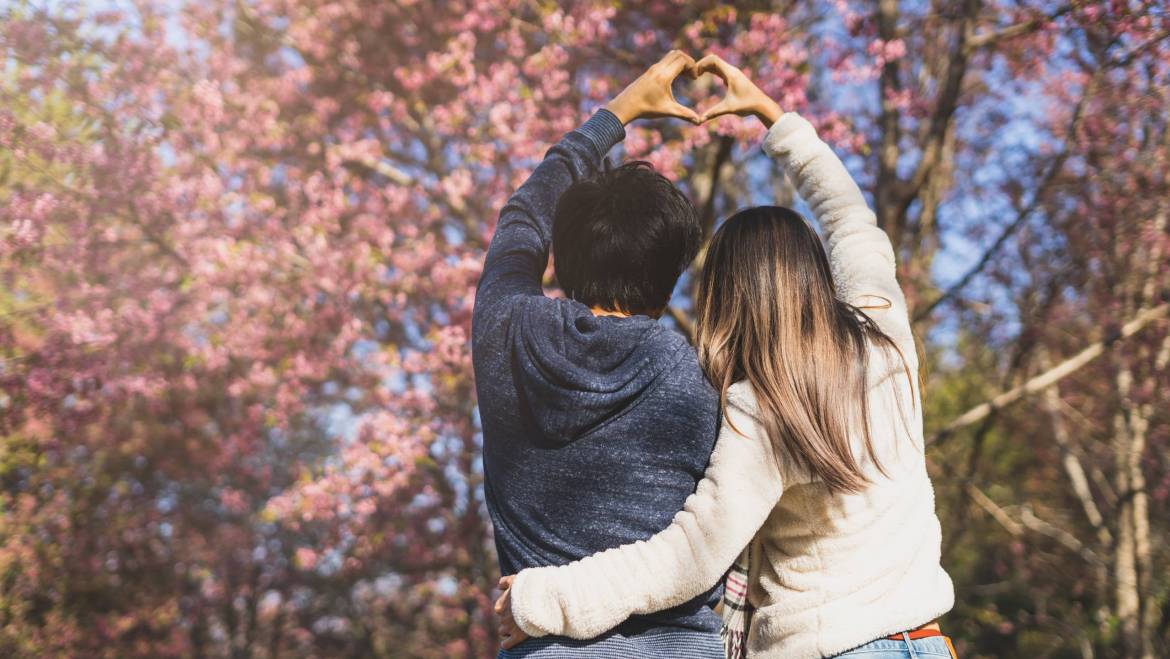 The answer is yes. Chinese and other Asian people do celebrate Valentine’s Day on February 14th.

However, China also has its own Valentine’s Day, or rather days!

If you think celebrating one Valentine’s Day is adequate, take a deep breath and count yourself either fortunate or unfortunate.

Did you know that the Chinese traditionally celebrate an astonishing six Chinese Valentine’s Days a year, giving them ample opportunities to declare their love and devotion for their beloved?

Here is the list for China’s Valentine’s Days. They include occasions celebrated from ancient times up to the present.

Chinese love their festivals and take every opportunity to celebrate. Most do not skimp out when it comes to remembering their beloved ones.

If you have a Chinese or Asian spouse, or you’re dating one, surprise and impress your beloved with your knowledge about Chinese Valentine’s Days and traditions.

Why Do Chinese Have So Many Valentine’s Days? 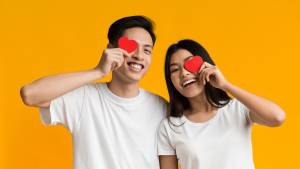 The narratives from my 19th century China-born grandmother provided me with an answer.

In traditional China, unmarried men and women, especially those from rich and upper-class societies, did not have many opportunities to meet the opposite sex.

Grandma mentioned that to maintain virtue and chastity, young girls were not permitted to meet and socialize with men, and marriages were arranged by the respective families. Even my parents’ marriage was arranged with the help of a matchmaker.

Hence, in traditional Chinese societies, young people did not have many opportunities to meet their loved ones or betrothed. It was during these festivals that they had a chance to see each other.

Culture and traditions live on. Today, many Chinese still celebrate these ancient festivals, although without as much ado as the ancient Chinese.

Let’s take a closer look at the six Chinese Valentine’s Days and their traditions. 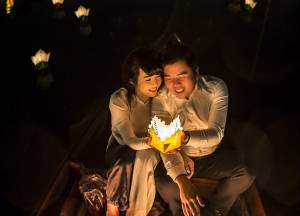 The first Chinese Valentine’s Day falls on the 15th day of the Lunar New Year. It is also called the Lantern Festival because decorative lanterns are hung inside and outside of homes. Today, lantern parties are a major attraction. 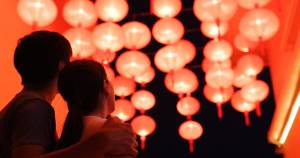 This event falls on the 3rd day of the third lunar month.

According to ancient Chinese traditions, Shangsi Festival was to celebrate the birthday of the Yellow Emperor, the ancestor of Chinese people.

On this special day, Chinese people—young and old—would go for a spring outing, or attend a social event where many would gather.

On this day, young men and women had the precious opportunity to meet or have a date (the ladies usually with a chaperone).

According to the “Book of Songs” from the Spring and Autumn Period (770 – 476 BC), Shangsi Festival was deemed one of China’s ancient Valentine’s Days.

Later, this day evolved into an occasion for single young men and women to meet and to express their love for each other.

Today, most Chinese people have forgotten this festival. However, it is still remembered by China’s ethnic minority groups, such as the Zhuang, Dong, and She people.

These three Chinese Valentine’s Days came about in modern times, but these celebrations go to show that Chinese people dedicate time for their loved ones throughout the year

It is also celebrated in Asian countries, such as Japan, South Korea, and Vietnam.

Traditionally, White Valentine’s Day is celebrated with women giving presents to their men after the men showed them with gifts on February 14.

May 20, or 5-20 (pronounced as wu meaning five and er-ling meaning 20) is popularized by China’s growing Internet netizens. As such, it is generally celebrated by young millennial Chinese.

“Wu er-ling” also sounds a little like wo ai-ning, which means “I love you” in Chinese.

If you are in love with a Chinese or Asian person, May 20 will be another opportunity to show your love for your beloved with gifts or a romantic night out.

November 11 (11/11) was originally declared a singles’ day, but the double elevens can also connote being a couple.

Because it is also the biggest shopping day of the year in China, couples take advantage of the sales and turn this day into a Chinese Valentine’s Day to dote on their loved ones by showering them with lavish gifts! 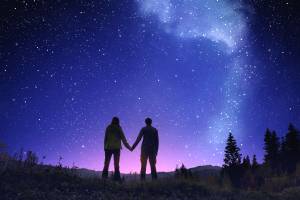 Perhaps the most romantic and endearing of Chinese Valentine’s Day traditions is the Qixi, or Double Seven Festival, that has been celebrated since the Zhou Dynasty (1046-256 BC).

Qixi is celebrated on the seventh day of the seventh lunar month, which is in August in the Gregorian calendar.

Legend has it that a god and a goddess fell in love against the wishes of the Jade Emperor and the Heavenly Queen Mother.

The god was exiled to earth and became a cowherd. While on earth, he met his beloved, who was a weaver girl. The two fell in love again, got married, and had two children.

Meanwhile, in heaven, only a few moments have passed.

The Queen Mother, upon finding out about the marriage, immediately sent heavenly troops to earth to take her daughter back to heaven.

The cowherd and his two children gave chase. The Heavenly Queen Mother then took her golden hairpin to create a rift—the Milky Way—between the couple.

Qixi celebrates the yearning for true and lasting love.

These days it is a time to remember star-crossed lovers with gifts like chocolates, flowers, or personalized hand-woven scarves and hats.

How Chinese New Year is Celebrated
See All Products