Everyone’s favourite thing to eat during any holiday or time of the year, Chinese take-out. National Chinese Take-Out Day is on November 5th. When you think of Chinese food you most likely think of General Tso’s chicken or sweet and sour chicken balls. These dishes have strayed from their traditional recipes to cater to Western audiences. Recently, an appreciation for authentic Chinese food has appeared and more restaurants are beginning to get back in touch with their roots. 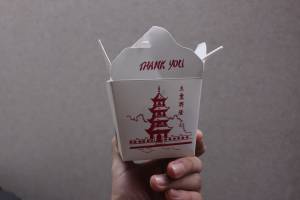 Chinese take-out was introduced to North America during the mid-1800s. There was a large influx of Chinese immigrants in California due to the Gold Rush. Although there was an abundance of Chinese take-out available, it only became popular in the 1950s. These restaurants had two menus, one for Chinese people and one for American people. Over-time the American menu became dominant and is what remains today at mainstream Chinese restaurants like Panda Express or Manchu Wok. Surprisingly, the iconic folded box we see Chinese take-out in originates from oysters pails! 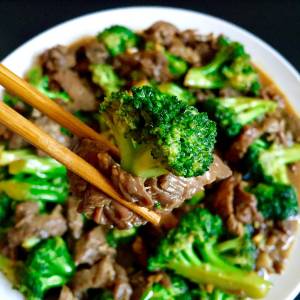 This Americanized menu featured foods quickly became popular. The sweet sauces were one of the driving factors for its popularity. The canned food industry had a large role in these sauces. The availability of cheap canned fruits like pineapple and cherries was the bases for the sauces. The Americanized menu also had many dishes that used ingredients non-native to China. Broccoli, tomatoes, carrots and yellow onions are not in traditional Chinese dishes. Chinese cuisine normally uses green onions, daikon and other leafier vegetables. 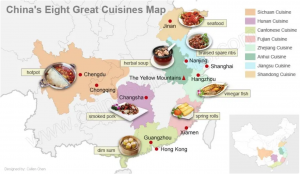 With globalization, food is changing quickly even in Asia. What constitutes authentic Chinese food is evolving every day. The introduction of different varieties of Chinese-cuisine such as Sichuan and Shandong became available. There are 5 main Chinese cuisines, each with unique tastes. The Sichuan cuisine features dishes with spice and dishes from the Shandong province feature pungent garlic and onion tastes. Cantonese Chinese food focuses more on the art of cooking. Chefs specializing in this cuisine are often praised for their creativity and ability to produce well-balanced flavours. Huaiyang cuisine has sweeter flavours and Northeastern has heartier recipes. You can read more about the different Chinese cuisines in “The Flavours of Fine Dining in Chinese Cuisine”.

Both versions of Chinese food are enjoyed by many. Whether it’s egg rolls or Peking duck, Chinese cuisine is bound to satisfy your food cravings. Celebrate Chinese food on National Chinese Take-Out Day by trying something new!

The Five Food Flavours of Chinese Cuisine
Sharing is caring

The Five Food Flavours of Chinese Cuisine
See All Products