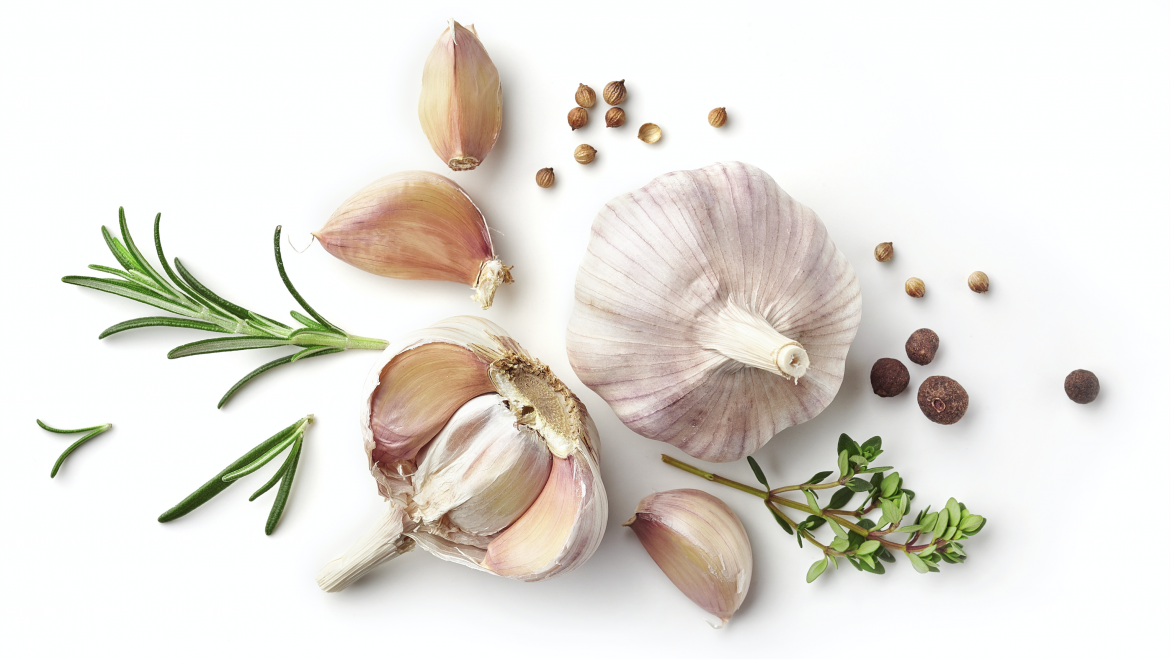 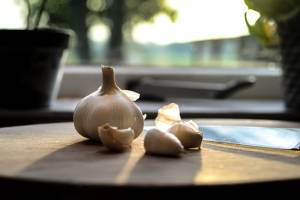 Garlic has acquired legendary status since antiquity. It is a favourite flavour enhancer in many cuisines around the world, but also a powerful medicinal tool used to combat a range of diseases, from poison to colds. In many cultures, it is also been said to ward off evil spirits (and has thus become of vampire lore).

In ancient China, garlic is mentioned in the Yellow Emperor’s treatise Huangdi Neijing, a foundational text of traditional Chinese medicine. There is a story that the Yellow Emperor first discovered garlic. The emperor was looking for a cure to ward off the effects of a poisonous plant he had just eaten. He was successful and garlic is now used as an anti-bacterial treatment. With its pungent warming qualities, it is closely related to several major organs of the body, including the stomach, spleen, and lungs. Like ginger, which is also a pungent warming herb, garlic works to stimulate the digestive system and fight infections.

Garlic can be eaten cooked or raw, and today many people also eat it in tablets and fluid extracts. However, garlic is the most effective for medicinal use because of allicin. Eating it raw is best since cooking or processing it greatly reduces its potency. See the article “How to Release Garlic’s Medicinal Potential” for more preparation tips.

As with other warming foods, garlic is particularly beneficial for those with cooler bodily constitutions. According to the Ping Ming Health website, people with a hot body constitution or who experience symptoms such as fever, cough with yellow phlegm, constipation, ulcers, and rashes, should either avoid or eat less garlic. However, as always, try to observe the body’s reactions and consult a Chinese medical practitioner when needed.

In conclusion, garlic has built a reputation for its culinary flavouring and medicinal properties for thousands of years. Like with any food, moderation is important, keeping heed of the right preparation methods for your needs. And for garlic enthusiasts, there are several garlic festivals around the world, including here in Toronto, giving the opportunity to experiment with all things garlic.