Like people from all over the world, the Chinese also have their own special day to celebrate the dead. Similar to the very popular Mexican celebration, Día de Muertos or Day of the Dead, Chinese people dedicate a holiday to care for the dead.

The Hungry Ghost Festival takes place on the fifteenth day of the seventh lunar month which usually falls in July or August in the Western calendar. It is one of the several traditional festivals in China to worship ancestors. Others include the Spring Festival, the Qingming Festival, and the Double Ninth Festival.

In Jiangxi Province and Hunan Province, the Hungry Ghost Festival is more important than the Qingming Festival and the Double Ninth Festival.

Unlike the Day of the Dead though, the Hungry Ghost Festival is a celebration to ward off or appease evil or angered spirits as well. They perform special ceremonies to avoid the wrath of the ghosts such as putting the family’s ancestral tablets on a table, burning incense, and preparing food three times that day. At dusk, the main ceremony begins. People put the family’s ancestral tablets and old paintings and photographs on a table and then burn incense near them. 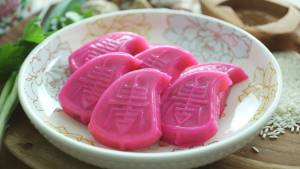 Plates of food are put out for the ghosts on the table, and the people may kowtow, a sacred gesture of praying, in front of the memorial tablets and report their behaviour to their ancestors to receive a blessing or punishment. People also feast on this night, and they might leave a place open at the table for a lost ancestor. A popular food of offering is rice cakes encased in glutinous skin dyed pink for luck. (White is the colour of death while red and pink are lucky colours.) These rice cakes, peng kway, which means rice cake, are filled with rice that’s stir-fried with shallots, peanuts and garlic. The favourite foods of ancestors are also commonly an offering during the feast. To appease the other ‘guest’ ghosts roaming around, people will leave plates of oranges and tea. Make sure to leave these offerings outside because you never want to invite the ghosts inside your home!

The Hungry Ghost Festival is one of several important festival days of Ghost Month (鬼月) — the seventh month of the Chinese lunar calendar.

It is called the Hungry Ghost Festival because it is believed that the gatekeeper of the spiritual realm opens the gates of the underworld at the beginning of the month. The fifteenth day designates the festival day since people believe that after two weeks of activity, the ghosts must be extremely hungry. The ghosts roam around looking for peculiar entertainment, and many fearful Chinese try to avoid swimming or being alone at night lest an enemy ghost comes after them.

The ghosts attack their enemies, and they might be angry or malicious in general. The Chinese have certain traditions about what to do about the situation on the first, the fifteenth, and the last day of this special month. It is on the fifteenth that the actual festival happens.

One the first day of the month, people burn make-believe paper money outside their homes or businesses, along the sides of roads, or in fields. Sometimes, they go to temples for this task. They want to give the ghosts the money they need during their special month.

People also light incense and may make sacrifices of food to worship the hungry unhappy ghosts. These sacrifices make sure nothing terrible happens and to prevent ghosts from cursing them. They also hang red painted paper lanterns everywhere including business and residential areas to ward off ghosts with bad omens.

A special festival marks the last day of the seventh lunar month as well. This is the day that the gates close to the spiritual world. People celebrate and observe this day in various ways. Many burn more paper money and clothing so that the ghosts can use these things when they go back. The pictures of ancestors may be put back on the shelves or on the walls where they were before.

Many families float river lanterns on little boats in the evening. People make colourful lanterns out of wood and paper, and families write their ancestors’ names on the lanterns. They believe that the ghosts follow the floating river lanterns away