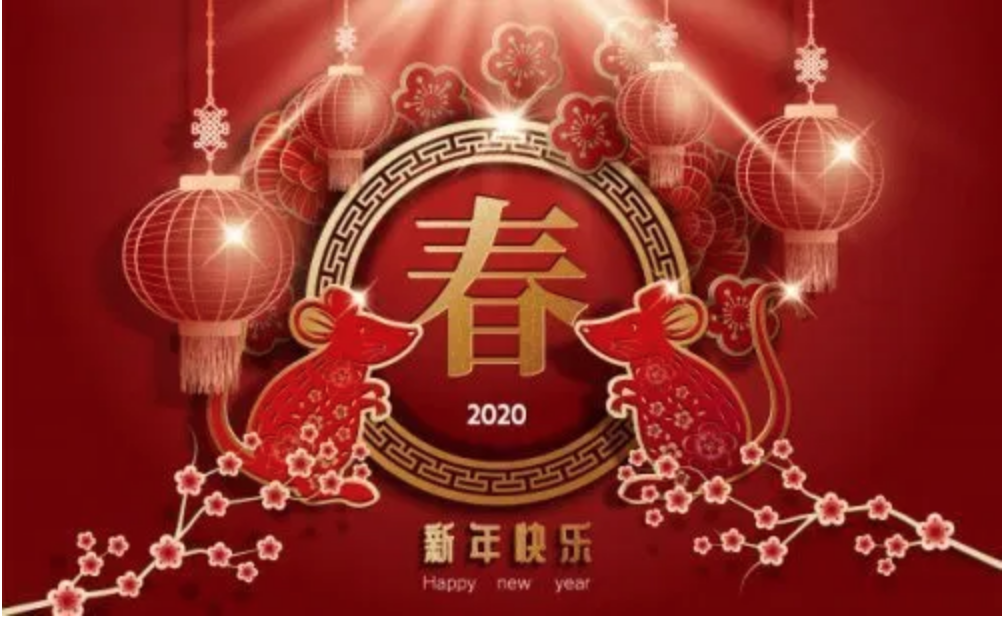 It’s 2020, and the Chinese are commemorating the Year of the Rat on January 25, 2020. You may wonder why the New Year is celebrated so late? Didn’t you already celebrate it?

The reason is that China has its own calendar (called a lunar calendar) based on the phases and movements of the moon. In fact, it would be correct to say that Chinese New Year is a holiday that marks the start of the Lunar New Year!

Phew! Glad we got that straight right? Now, let’s move on to the fun stuff. Rats!

Since we are entering the Year of the Rat, let me tell you the story of this fuzzy little creature.

As you know, there are 12 Chinese New Year zodiac animals in the Chinese lunar calendar. How does the rat fit into it?

The story goes that the mythical Jade Emperor organized a race for all animals to participate in, and the first 12 animals that showed up were the pig, dog, rooster, monkey, sheep, horse, snake, dragon, rabbit, tiger, ox, and rat.

Pleased, the emperor granted each animal a spot in the Chinese zodiac. Then he declared that the order in which each finished the race would determine their positioning in the calendar.

Surprisingly, the rat finished the race in the first place. How did he do it?

Well, the racecourse consisted of a wide river which all the animals had to cross. Not knowing how to get across with his tiny body, the rat tricked the ox into letting it cross the river by riding on the ox’s head.

Then, once the ox crossed the river, the cunning rat immediately dashed off and finished the race in first place.

In the West, rats are considered pests and vermin, and many people spray rat poison and use mouse traps to get rid of them.

In the Chinese zodiac, rats are the first animal, and they symbolize wealth and prosperity.

Due to their impressive reproduction rate, married couples pray for children during the Year of the Rat. 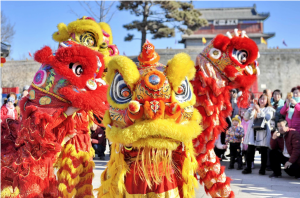 The lion dance is an amazing tradition that has been passed down through the generations and forms an integral part of Chinese culture.

People perform lion dance at Chinese festivals and other celebratory occasions to bring good fortune and chase away evil spirits. It is performed to bring prosperity and good luck for the upcoming year.

The lion dance is also a way to create a festive atmosphere and bring happiness.

The lion costume is an exquisite piece of artistry made out of bamboo and rattan (a type of reed). Paint is plastered over and fur is glued to the body of the lion to create texture.

Lions come in a variety of colours and the entire body is woven out of smooth silky fur.

There are drawstrings to make the eyes blink, the mouth is movable, and the body is flexible.

Chinese lion dances are performed by two “dancers” in a lion costume, one performing as the head and the other as the tail. Together, they form one entity.

A lion dance performance is not complete without the instrumentalists.

Through the beats and rhythms of beating drums, clashing cymbals, and resounding gongs, the performer is able to imitate a lion’s various movements while demonstrating their own martial arts abilities.

Sometimes, a monk character is employed to “play” with the lion and guide it around.

A lion performs many rituals, such as falling asleep and waking up, chasing its own tail, and doing acrobatic leaps.

It has even become a tradition in some areas to put red pocket money in the lion’s mouth and to dot its eyes and mouth with a red paintbrush to bring good fortune in the coming new year. 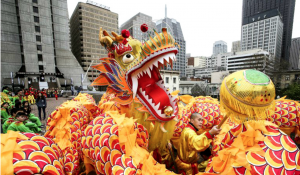 Some westerners remark that the lion looks more like a dragon than a lion.

In actuality, China also has dragons, and dragon dances, and the lion costumes are actually created in their image.

A dragon dance is an entirely different dance in itself, but it is also performed in festive celebrations such as Chinese New Year.

In the past, dragon costumes were made out of bamboo and wood, but nowadays they might be engineered out of aluminum or plastic to reduce the weight the performers have to carry.

The dance consists of a crew of experienced performers, each manning their own pole that holds up a section of the dragon.

The lead dancer holds a huge ball (pearl) attached to a pole for the dragon to chase.

The dragon curves and spirals while the performers run and leap over the body when they interlap.

The same instruments of Chinese drums, cymbals, and gongs provide the beats for the dragon dance.

In Western countries, such as the United States and Canada, the Lunar New Year is celebrated with parades.

Parades have come to epitomize Chinese New Year in a modern way, where the symbols, colours, and spirit of a Chinese Lantern Festival fuses with the classic American tradition of parades.

These usually occur in cities where there are Chinatown communities.

During the day, the bustling streets are filled with the sights and sounds of marching bands, dancers, and people accompanying the many colourful floats.

Firecrackers are another common sight that symbolizes good luck throughout the year.

Many families will not sweep the red paper left by firecrackers immediately because they believe that the act of sweeping on this day is associated with sweeping wealth away. 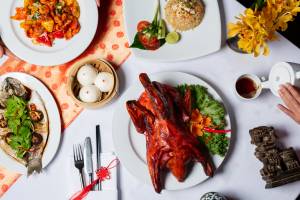 Every year, Chinese people travel and return to their families for Chinese New Year to celebrate and enjoy a huge feast.

And by a huge feast, we mean HUGE. Dumplings, fish, glutinous rice, spring rolls, and trays upon trays of different dishes are cooked for everyone to try. Try Dumpling Connection’s Steamed Fish and Spring Roll recipes at your next new year feast!

Kinds look forward to receiving red envelopes filled with money as Chinese New Year gifts from their parents, grandparents, and others.

A common Chinese New Year greeting is 恭喜发财 (gōng xǐ fā cái), which means “we wish you wealth and prosperity.” Listen to how to say it here in this video.

Chinese New Year is a time to wish each other good fortune and prosperity for the new year.

So next time you are with your Chinese friends, make sure to wow them with your new vocabulary. 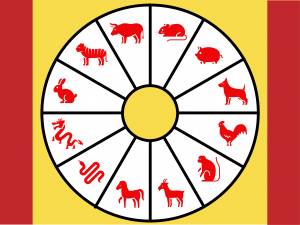 Getting Ready for Chinese New Year
Sharing is caring

Getting Ready for Chinese New Year
See All Products