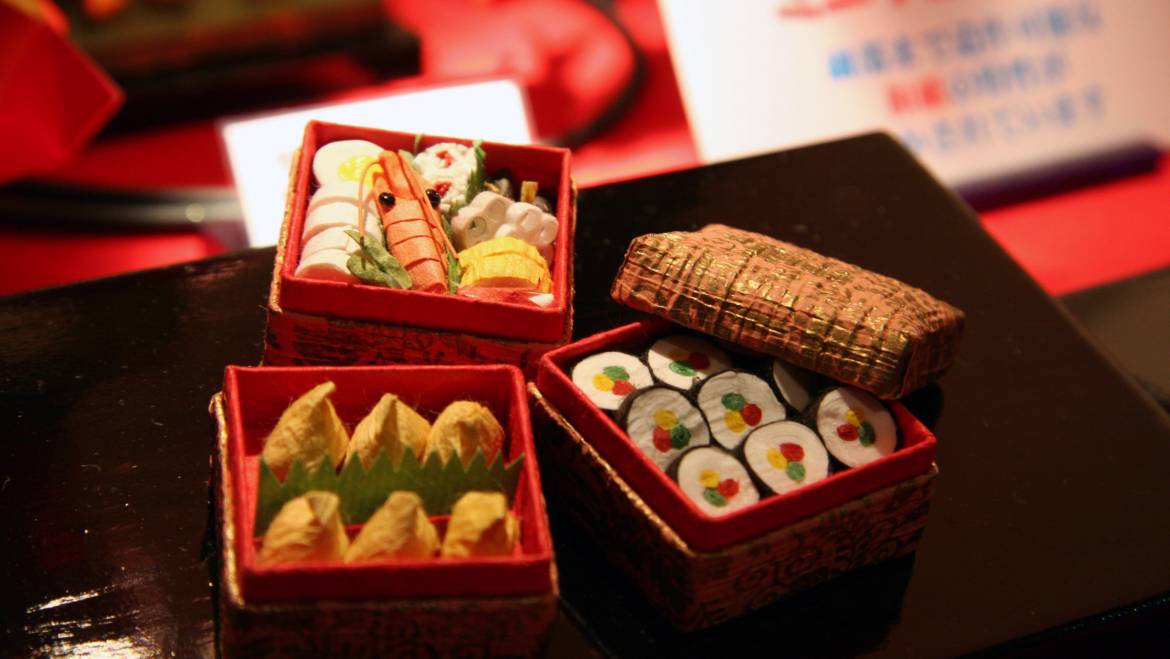 Food for Ancestors and Deities

At least three times a year, it is a common sight to see families in East Asian countries busy as bees while cooking up a storm in their homes. For those who celebrate Lunar New Year (the 1st day of the lunar calendar year), Grave Sweeping Day (between April 4th and 6th annually), and the Ghost Festival (the 15th day of the 7th lunar month), the food and preparations often are not only for themselves! It is a tradition for many to provide food offerings to pay respects for deities and ancestors.

The act of worshipping deities originated from the Shang Dynasty (1600-1046 B.C.). This was the time when people strongly believed the natural forces and elements played a role in their lives. It was necessary to acknowledge their existence. They would include rain, clouds, rivers, mountains, the sun, the moon, and the earth in their list of worshipped beings. The arrival of the Zhou Dynasty (1122-256 B.C.) brought forth ancestor veneration as an addition to the worship. Confucianism and Taoism began near the end of this dynasty and had huge influence on the development of the fundamental principles of Chinese culture.

Taoism bases its principles on natural order, or a “Way of Heaven,” which can be achieved by living in harmony with nature. The basic aim of Confucianism is to follow the Way. One would carry out duties and responsibilities appropriate to one’s position in society, and fundamental elements. This included ancestor worship and reverence to family. These philosophies both stressed the importance of carrying out proper rituals to honour elders, ancestors and deities. There is a belief that doing so would bring to one’s family aid, cooperation and blessings from deceased relatives who had the ability to influence the fortune of the living and a consequence for not following proper rituals.

Food was a large part of these rituals. Therefore these festivals require much effort. For example, a complete dinner can include a whole chicken, either boiled or roasted, with its head, feet and heart intact (presenting a chicken missing any of the aforementioned parts is a sign of disrespect), numerous egg, pork and vegetarian dishes, tangyuan (sweet round dumplings in sweet soup), fruit, and rice wine and tea. The dishes can vary greatly from family to family, but everyone brings out a collage of their best specialties. If desired, families would also offer a range of cakes and sweets, but the general trend is to have an overwhelming amount of food. 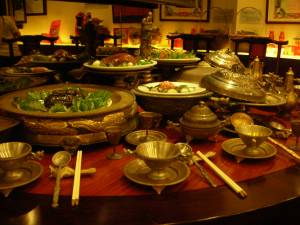 Making paper crafts and burning offerings with incense, candles, joss paper (which presents otherworldly currency, gold and silver), and paper clothes often accompany plating food in homes, temples, gravesides and public columbaria. In place of more expensive or tedious dishes, people often use imitations of dim sum, sushi, fruit, roast pig, bird’s nest and shark fin soup instead. Craftspeople have opened businesses to sell handmade paper sculptures for funerals and ceremonies. The shop owners say that when offering real food for the dead, it can be eaten by wandering spirits. This might end up leaving less for the intended recipient. Meanwhile, paper food is received only by the intended because the recipients’ names can be written on it.

There are many ways to worship or pay respects to ancestors and deities. But everyone knows that food is the way to the heart. As in life, the importance of Chinese food culture means that there are many paper dishes, ingredients and varieties of meals produced for ancestral worship.