The weather is getting warm and barbecue season has started. You may already be grilling hamburgers, hot dogs, vegetables, and other specialties at home.

While you’re at it, why not try Char Siu, aka Chinese barbecue pork!

This popular Cantonese dish is a favourite in Hong Kong and in Chinatowns around the world.

One of the reasons for its popularity is that it’s so delicious.

Not only that, but it has a unique flavour – sweet and salty with a hint of spice – that will surely stimulate your taste buds.

Char Siu is made of long strips of marinated boneless pork, which are then skewered with long forks and placed in a covered oven or over a fire until they become caramelized.

If you’ve never eaten Char Siu pork before or have occasionally experienced it at a Chinese restaurant, this is your chance to add a new dish to your repertoire.

One of the most exciting aspects of discovering new cultural food is trying out new ingredients.

Some very popular ingredients in Chinese cuisine are used to make the sauce for Char Siu pork. These include: 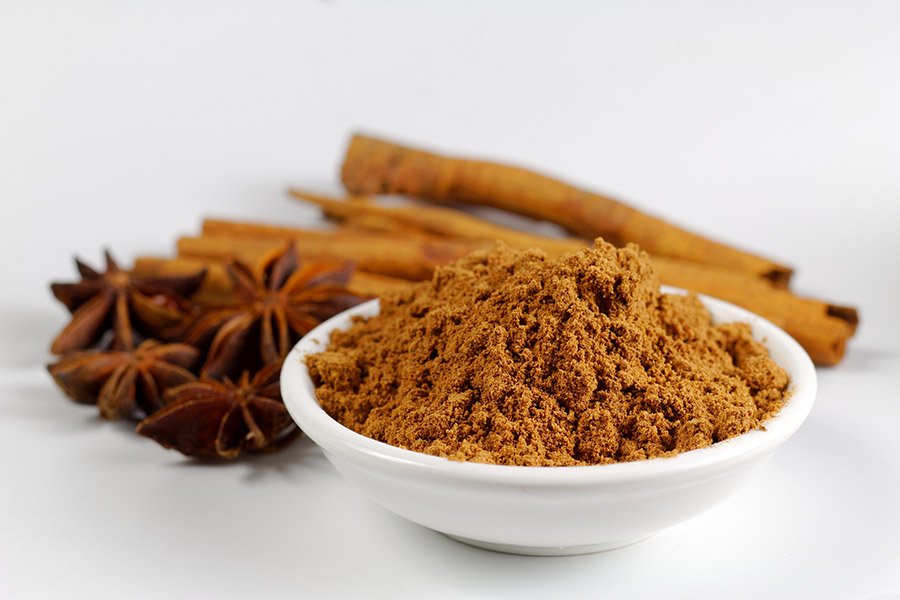 This is a blend of star anise, fennel seeds, Sichuan peppercorns, cloves, and Chinese cinnamon. You usually buy these mixed together in a five-spice powder package. The powder works well with meats, bringing an aromatic flavour that encompasses the five tastes: salty, sweet, pungent, bitter, and sour. The Chinese five-spice powder is what gives the Char Siu that hint of spice!

A type of yellow wine used for preparing meat or fish, Shaoxing rice wine has a flavourful aroma that adds richness to the dish. Fermented from glutinous rice and red yeast, this wine includes varieties for either cooking or drinking. 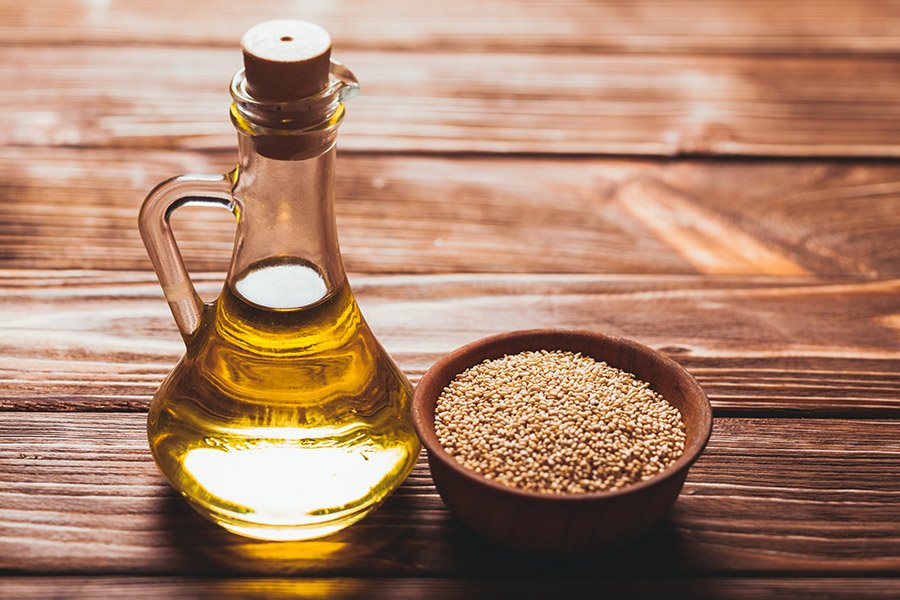 Made from sesame seeds, sesame oil adds a nutty taste to dishes. It is a favourite in Asian cuisine because of its rich flavour. Sesame oil also has many health benefits. Among these, it is high in antioxidants with strong anti-inflammatory properties that help several important organs in the body. 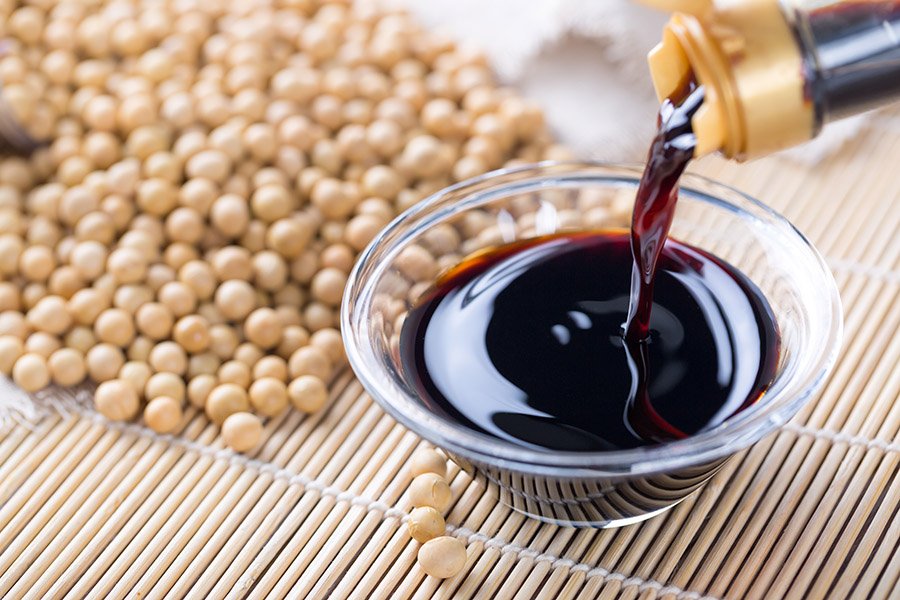 This is a staple ingredient in Asian cuisine and is a must in any Char Siu recipe. One of the oldest condiments in the world, soy sauce has a 2,500-year-old history in Chinese cooking. It is made of fermented soybeans, roasted grain, special yeast mold, and salt. There are three main types of soy sauces: light, dark, and thick. A typical recipe usually asks for a light sauce. 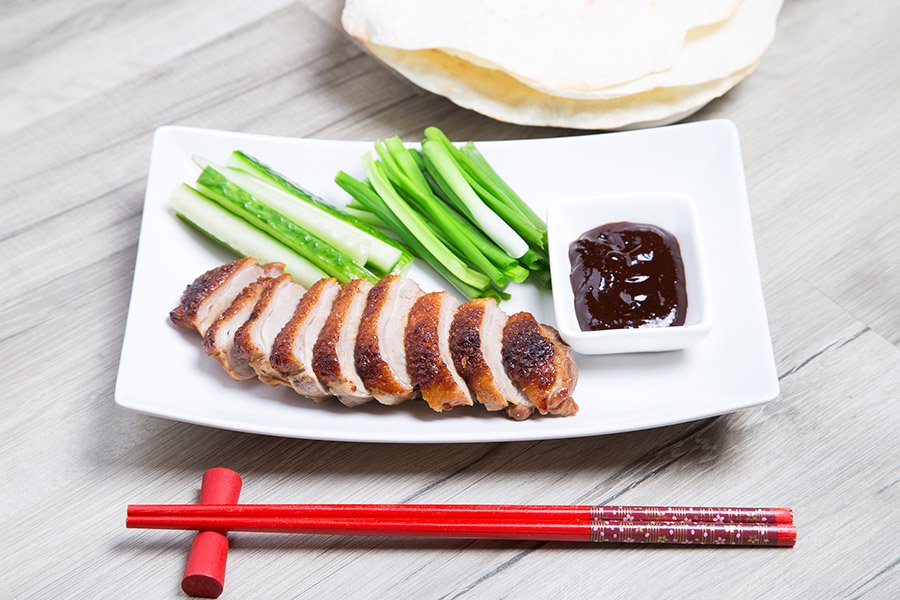 A kind of Chinese barbecue sauce, hoisin is often used for stir-frying, marinating and grilling. It is made from fermented soybean paste, garlic, vinegar, sesame oil, and other spices. The taste is fragrant and pungent and gives the Char Siu its well-known sweet flavour.

You should be able to find all of these ingredients for Char Siu pork sauce at your local Chinese supermarket. But some mainstream grocery stores may also carry some of them since Asian cooking is becoming increasingly popular. 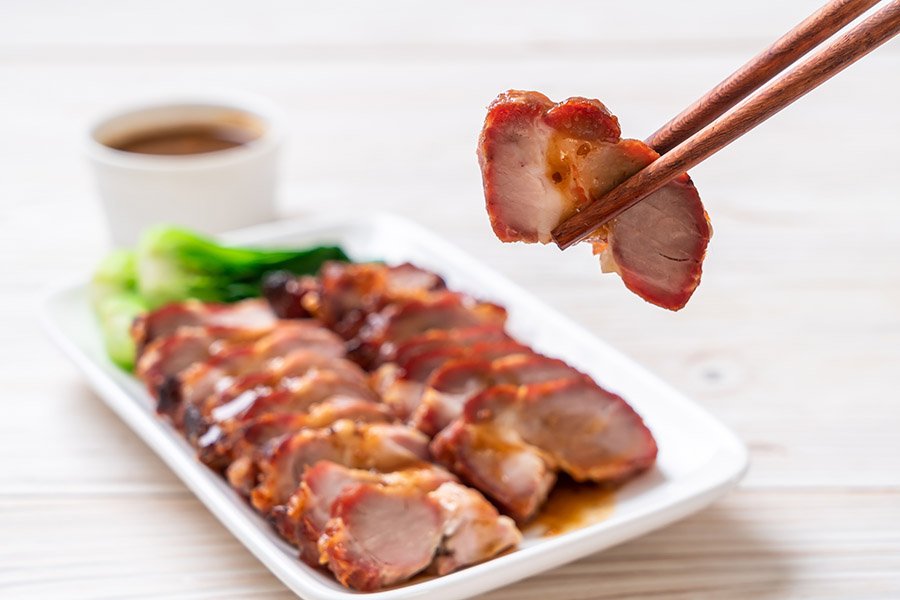 Here is a tasty and authentic Char Siu pork recipe that we have prepared for you.

This Char Siu recipe uses an oven to broil the pork, but it can also be grilled!

Once the meat is marinated and grilled (or roasted), you can enjoy it with a side of rice or noodles, as well as with steamed or blanched greens, such as choy sum (Chinese leafy vegetable), for more succulent nutrition.

The greens not only add great nutritional value, but they are also important to cool your body after a meat dish.

So take advantage of barbecue season by trying out Char Siu pork, a delicious barbecue specialty that can expand both your culture and flavour palate.