Why Do We Eat Mooncakes During the Mid-Autumn Festival?

Also known as the Lantern Festival, the Mid-Autumn Festival is the second most celebrated holiday in China after the Chinese New Year. During this festival, mooncakes are usually eaten and there are legends of its origin. On the lunar calendar used by the Chinese, it takes place annually on the 15th of the eighth month when the moon is the roundest and fullest during the year. This year, the Mid-Autumn Festival falls on Friday, September 13th, 2019.

Along with China, a vast majority of Asia including Singapore, Japan, South Korea, Vietnam, Malaysia, the Philippines, and other countries with strong Chinese cultural influence and larger Chinese populations celebrate this holiday. It also has ties with family reunions, harvest, moon sacrifice, praying, and thanksgiving. 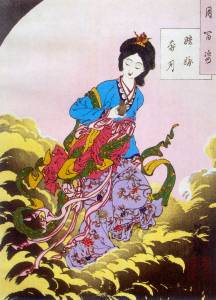 There are many origin tales explaining why we eat mooncakes during the Mid-Autumn Festival. A significant portion of them regarding Chang’e, the Moon Goddess of Immortality. Her tale begins with a focus on her husband Hou Yi. He was an archer with impressive skills. The immortal Queen Mother of the West gave him an elixir of immortality as a reward shooting down nine suns and saving the mortal world. However, he chose to stay in the mortal world with Chang’e, who kept the elixir in her possession. While Hou Yi was out hunting, his apprentice Feng Meng broke into the couple’s home in search of the elixir and encountered Chang’e. Out of desperation, Chang’e swallowed the elixir, flew into the sky and landed on the moon. After Hou Yi learned of the chain of events, he was heartbroken and offered fruits and cakes every year to memorialize his wife on its anniversary. The communities nearby soon adapted the tradition and treated this holiday as an opportunity to worship the moon. It also has close ties to the ancient Chinese belief in rejuvenation. To obtain her blessings, people give offerings to the lunar deity.

A less common explanation you might expect to hear is that mooncakes are sacrifices for the moon. The ancient Chinese observed that the movement of the moon is closely related to changes in season and agricultural production. They began the tradition out of thanks and celebration of the harvest. The roundness of mooncakes symbolizes the reunion of families as well as the full moon. Presenting mooncakes to friends and family demonstrates wishing their cherished ones a long and happy life.

However, mooncakes themselves weren’t popular until the Yuan dynasty, which ended in 1368. During this time, the Han Chinese were under Mongolian rule and under much oppression. This led to the Chinese rebellion, where the rebel leader Zhu Yuanzhang orchestrated the “Mooncake Uprising”. The plan was to give mooncakes in disguise of celebrating the Mongol ruler and convince everyone that eating mooncakes would fend off diseases. Hidden in the mooncakes were instructions to kill the Mongols on the 15th day of the eighth month. The plan was successful. Zhu founded the Ming dynasty, and the mooncake tradition is a reminder of this victory. Meanwhile, there is folklore from elsewhere that describes the widespread consumption of mooncakes. One is that is began after a Turpan merchant presented cakes to the Tang Dynasty’s Emperor Taizong as congratulations for his victory over the Xiongnu. As the emperor enjoyed the cakes, he watched the full moon that night, the fifteenth day during the eighth month. 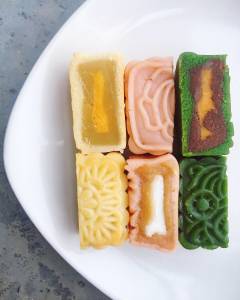 Nowadays, mooncakes come in countless sizes, shapes, styles, and flavours after decades of innovation. In general, they are dense pastries around two to three inches thick. The traditional one consists of sweet lotus seed paste nestling one or two whole salted duck egg yolks and all wrapped up in a thin, golden-brown crust. You will almost surely find these in most Asian supermarkets. It is most popular in the Cantonese cities in Guangdong and in Hong Kong. In Beijing, you may find mooncakes of different flavours such as red bean, with a flakier crust. People in Suzhou enjoy mooncakes all year round, as their meat-filled mooncakes can be part of an entrée as well. For more of a surprise, go to Southwestern Yunnan for mooncakes stuffed with flowers and ham. Other creative spins on mooncakes include ice cream filling, icy crust, and flavours such as chocolate, vanilla, pineapple, and taro. 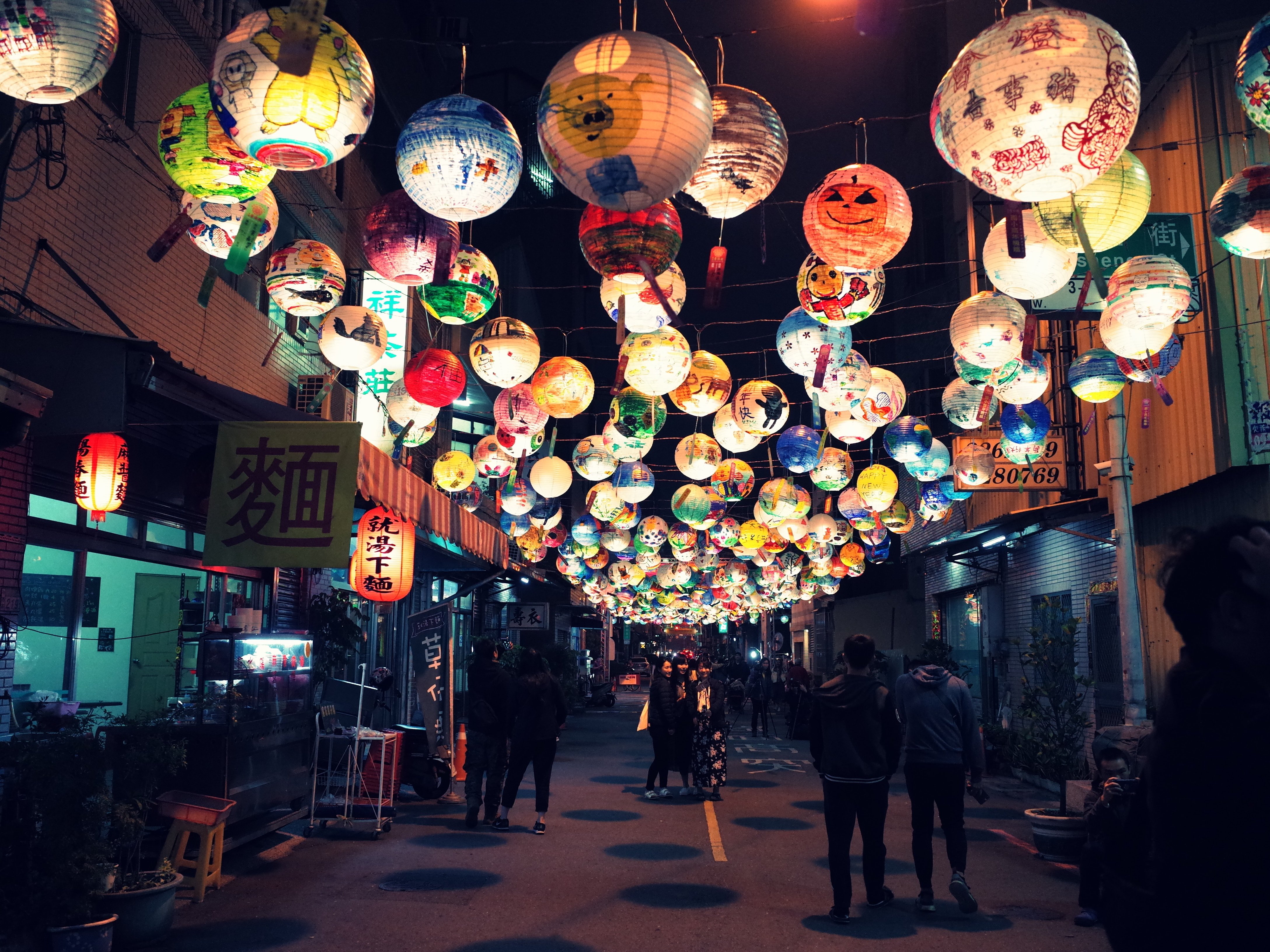 Aside from celebrating with mooncakes, some people decorate their homes, businesses, and streets with handmade colourful paper lanterns, hence the name Lantern Festival. In different countries, citizens appreciate variations of the festival more accustomed to their cultures. For example, in Japan, mooncakes are replaced with tsukimi dango, which are round white rice dumplings. South Koreans call the festival Chuseok or Korean Thanksgiving, and families visit ancestral graves, watch folk dances, and eat songpyeon, which are rice cakes the size of golf balls filled with sesame seeds, red beans, or chestnuts.

Now that you’ve had an overview of the Mid-Autumn Festival, how will you be celebrating it this year?