Spring is here, and with it comes asparagus.

This green vegetable is filling and delicious and has inspired many healthy recipes over the millennia.

Many health benefits of asparagus have been known since ancient times and in different cultures. There are many, from detoxifying and purifying the body, to improving mood and brain activity.

So keep asparagus in mind as you work to revitalize your body with energy, and what the French call joie de vivre (the joy of living).

Here are 5 health benefits of asparagus that you can take advantage of: 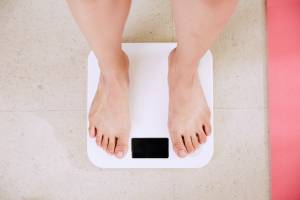 Asparagus is both nutritious and very low in calories. One cup of cooked asparagus has approximately 40 calories. Thus, you can eat a larger portion, while not worrying about the weight gain.

In addition to containing important nutrients such as potassium, folate, and several vitamins, asparagus is also rich in fibre, which the stomach digests more slowly, giving you a feeling of fullness for longer.

Other examples of high fibre foods with low calories are: raspberries, turnip greens, and peas. 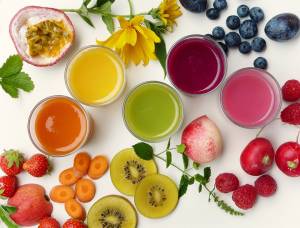 Asparagus has many detoxifying benefits for the body, including combating the excess production of free radicals and oxidative stress. This may reduce the effects of aging, inflammation, and other diseases, such as some forms of cancer.

Asparagus also includes other antioxidants, such as vitamins C and E, flavonoids, and polyphenols.

Due to its antioxidants, asparagus assists the liver to cleanse the body. This is one of the greatest health benefits of asparagus.

Some studies claim it may even reduce some of the harmful effects of alcohol.

Other detoxifying foods include: spinach, kale, beets, and garlic.

Asparagus contains folate (also known as Vitamin B-9), which is good for improving mental speed and flexibility, and for fighting the cognitive decline of aging.

Folate also helps improve mood, so it may have an effect on fighting depression.

According to the article, “Everything you need to know about asparagus,” one of the health benefits of asparagus is that it can prevent the formation of too much homocysteine.

If produced in large quantities, the amino acid homocysteine can interfere with the production of mood-boosting hormones such as serotonin, dopamine, and norepinephrine, and thus lead to depression.

Other foods that boost brain power are berries, nuts, seeds, avocados, and eggs.

Asparagus is a fibre-rich vegetable, and fibre plays an important role in supporting regular bowel movements and in stimulating good bacteria in the gut.

It is also a diuretic because it contains high quantities of asparagine, an amino acid that helps to expel excess liquid and salt from the body.

Asparagus could also prevent urinary tract infections by moving bad bacteria in the body through urination.

Other foods that aid digestion are: garlic, bananas, yogourt, and whole grains.

As previously mentioned, asparagus contains folate. Folate is particularly important for women who are in the early stages of pregnancy, or who plan on becoming pregnant.

Folate helps form red blood cells and contributes to the healthy development of the baby.

Another of the important health benefits of asparagus is Vitamin K. This is good for bone health (it can help the body absorb calcium) and for coagulation (stops the body from bleeding after a cut). Vitamin K can also stop heavy menstrual bleeding.

Other foods that contribute to women’s health are: dark chocolate, eggs, green vegetables, and mushrooms.

How to Cook with Asparagus

Steaming, roasting, grilling and stir-frying are wonderful ways to preserve the flavour and nutrients of asparagus. 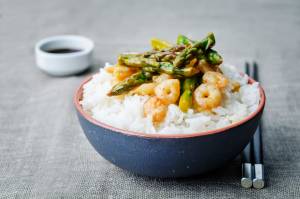 Here is a simple healthy recipe from Chinese cuisine: