The year is coming to an end as we enter December but we’re only half-way through winter. December 7th marks the beginning of Dà Xuě (大雪) or “Great Snow”, the 21st solar term of the year. As its name suggests, with Dà Xuě comes heavy snow. Here are some things to know about how to survive this winter! 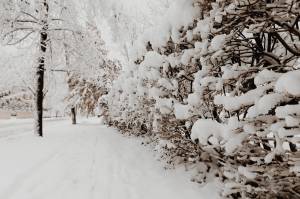 Extremely cold and being buried in snow is the only way to describe this solar term. The temperature drops significantly in the Eastern hemisphere and is the coldest time of the year. It can dip below -10°C which is equivalent to the -20°C February weather experienced here in North America. The snow can be so severe in some regions that tree branches snap off due to the sheer weight of the snow and cause major road blockages. Although it is cold, the snow turns the landscape into a beautiful scenery. 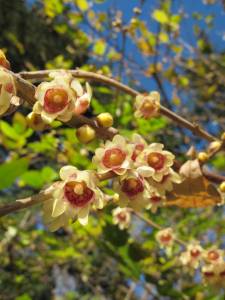 There is a Chinese proverb that goes, “A timely snow promises a good harvest”.Contrary to common belief, heavy snow is actually quite beneficial for harvest! In the severe winter, the snow piles up to cover the earth and keep the temperature of the ground and crops from declining too sharply due to the cold current, creating a good overwintering environment for winter crops. When thawing, the snow increases the soil moisture necessary for the spring growth. Containing nitrides five times as much as ordinary rainwater, snow water has some fertilizing effect on the soil.

One of the few plants to survive the cold is the Wintersweet flower. It usually blossoms in mid-to-late December and originates in China. The flowers are buttery yellow with maroon centers. It can take up to 14 years to reach maturity when grown from a seedling. The wintersweet is commonly referred to as one of the “Three Friends of Winter” alongside bamboo and pine. These three are highly appreciated in Chinese culture for its endurance in severe winters which reflects the mindset of the people.

Foods of the Season

Lamb is the main food chosen by Chinese people during Major Snow. It is excellent for nourishing the body, promoting blood circulation and providing protection against the cold. In certain regions of China, like Chongqing, people prepare lamb in stews or with yams and wolfberries.

Eating porridge is another way people stay warm during the winter. It increases one’s personal heat and nourishes the body. To prepare for the next solar term, Winter Solstice, people eat red bean porridge on the first day of the term. 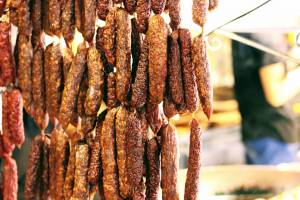 In the coming months before January, the people of China are preparing for the Spring Festival, also known as Chinese New Year. Preparing sausages is the prime activity of Dà Xuě. The best meat for sausage is that of the pig’s buttock. The sausage should be dried in a well-ventilated place in the shade. They are dried for a week before they become edible.

Another activity of Dà Xuě is battling the weather and staying warm. It is important to protect the neck area in this solar term to prevent respiratory illnesses. Wearing a scarf or a warm turtleneck sweater is the best way to do this. The cold winds also make the air drier so one should also drink more water during this term.

During Dà Xuě, the cycle of yin energies dominates. This makes the preservation of internal yang energy important. Avoid sweating and stay indoors to conserve your yang. Organs linked to this time of year are the kidneys and sleep is said to be the Chinese answer to strengthening kidney qi. Achieve this with an early bedtime and a late start to the day when the sun has already risen.

Although Chinese beliefs say you should stay indoors, enjoy the snow! Take a nice ski trip with the family or make some snowmen! Keep warm and get ready for the next solar term, Winter Solstice. Luckily the days begin getting longer and we inch closer to springtime. I hope this article helped you figure out how to survive the winter!